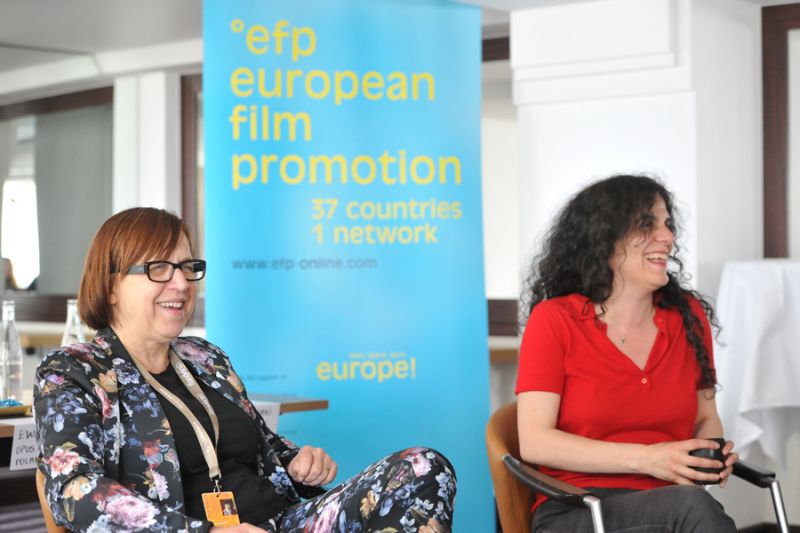 For EFP PRODUCERS ON THE MOVE 2018 European Film Promotion has joined forces with Screen International to organize a special session for this year's group of up-and-coming producers together with Screen's Future Leaders during the Cannes Film Festival. They came together to exchange experiences with the producers of COLD WAR – one of the festival faves in the Official Competition – Polish producer Ewa Puszczynska (IDA, 2013) and her British colleague Tanya Segatchian. Ewa Puszczynska also produced Pawel Pawlikowski's award-winning drama IDA, David Lynch's INLAND EMPIRE and KING OF DEVIL'S ISLAND with Stellan Skarsgård among many others, while Tanya Segatchian executive produced four HARRY POTTER films and the British TV series THE CROWN and was also in charge of Pawel Pawlikowski's MY SUMMER OF LOVE (2004). Moderated by Screen's Editor Matt Mueller the well-versed professionals talked about the challenges of international co-productions.