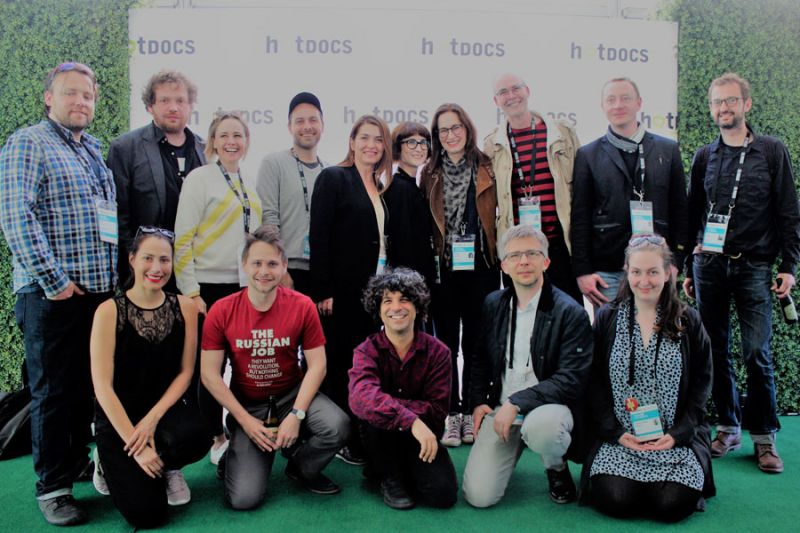 European Film Promotion (EFP) has joined forces with Hot Docs – Canadian International Documentary Festival to present THE CHANGING FACE OF EUROPE, a programme of 10 new European documentaries, which reflect on the political, economical and social changes affecting Europe today. Seventeen filmmakers present their films, engage in audience discussions and take part in intensive industry programmes. Joining the filmmakers are world sales agents representing their films at the festival and doing business at this important gateway to the North American market. Some of the sales agents are at Hot Docs with the backing of EFP's FILM SALES SUPPORT.

About Hot Docs:
Hot Docs (www.hotdocs.ca), North America's largest documentary festival, conference and market, will present its 25th annual edition from April 26-May 6, 2018. An outstanding selection of over 200 documentaries from Canada and around the world will be presented to Toronto audiences and international delegates. Hot Docs will also mount a full roster of conference sessions and market events and services for documentary practitioners, including the renowned Hot Docs Forum, Hot Docs Deal Maker and the Doc Shop. Hot Docs owns the Hot Docs Ted Rogers Cinema, a century-old landmark located in Toronto's Annex neighbourhood.
Hot Docs is proud to include Scotiabank as its Presenting Platinum Partner, Bell Media, CBC Docs, Rogers Group of Funds and Samsung as its Presenting Partners, and Telefilm Canada and the Government of Ontario as its Major Supporters.

*** click here for more information on THE CHANGING FACE OF EUROPE ***