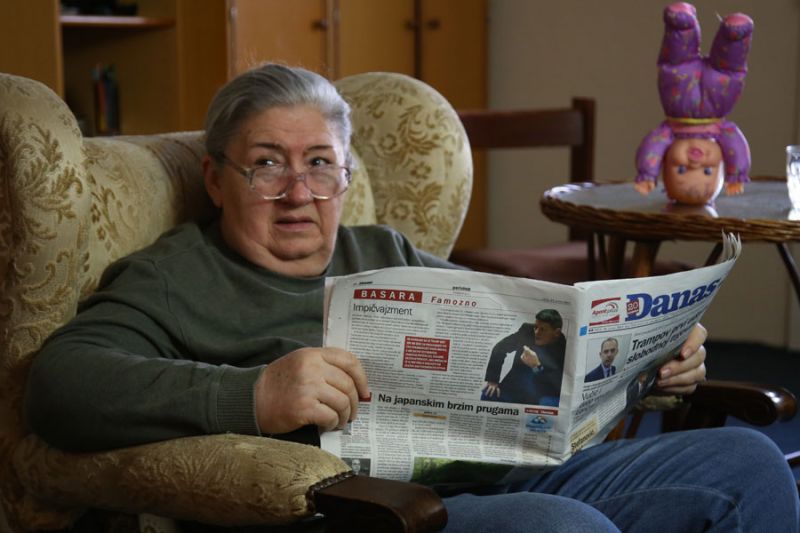 THE CHANGING FACE OF EUROPE – European Film Promotion's (EFP) new collaboration with Hot Docs presenting outstanding documentaries that reflect on the social and political changes affecting Europe today – will bring 17 directors and producers to North America's most important documentary film festival Hot Docs (April 26 – May 6). In conjunction with EFP's FILM SALES SUPPORT (FSS), which has been granted to boost the marketing of three productions selected for the festival, including WHEN PIGS COME (part of THE CHANGING FACE OF EUROPE) EFP strengthens the presence of European productions. EFP's activities at Hot Docs are possible thanks to the financial support of the Creative Europe – MEDIA Programme of the European Union and the participating EFP member organisations.

Twelve directors and five producers will present their films at the festival, supported by their national EFP member organisation and backed by EFP to make the most of this important gateway to the North American market. The participants are fully integrated into the industry networking programme of the festival. In addition, EFP will bring the filmmakers together in one-on-one and small group meetings with important distributors, festival programmers, broadcasters and funding organisations.

Apart from WHEN PIGS COME by Biljana Tutorov, two more films – also by women directors – are receiving a promotional boost via FILM SALES SUPPORT (FSS). German-born filmmakers, Yasemin and Nesrin Samdereli, try to uncover the secret behind long-lasting partnerships in THE NIGHT OF ALL NIGHTS by following four couples from Japan, the US, India and Germany, who are celebrating their 60th wedding anniversary. The documentary is a light-hearted and humorous revelation full of wisdom. The Spanish-German co-production, COMMANDER ARIAN – A STORY OF WOMEN, WAR AND FREEDOM by Alba Sotorra tells the gripping story of a courageous female battalion and their commander in the front lines of the Syrian war fighting ISIS – an empowering tale of emancipation and freedom.

About Hot Docs:
Hot Docs (www.hotdocs.ca), North America's largest documentary festival, conference and market, will present its 25th annual edition from April 26-May 6, 2018. An outstanding selection of over 200 documentaries from Canada and around the world will be presented to Toronto audiences and international delegates. Hot Docs will also mount a full roster of conference sessions and market events and services for documentary practitioners, including the renowned Hot Docs Forum, Hot Docs Deal Maker and the Doc Shop. Hot Docs owns the Hot Docs Ted Rogers Cinema, a century-old landmark located in Toronto's Annex neighbourhood.
Hot Docs is proud to include Scotiabank as its Presenting Platinum Partner, Bell Media, CBC Docs, Rogers Group of Funds and Samsung as its Presenting Partners, and Telefilm Canada and the Government of Ontario as its Major Supporters.

*** click here for more information on THE CHANGING FACE OF EUROPE ***