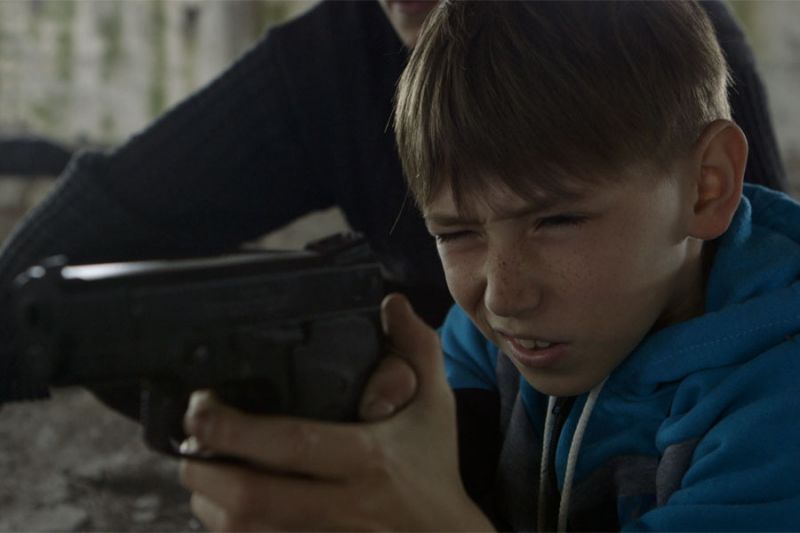 THE DISTANT BARKING OF DOGS by Simon Lereng Wilmont

What moves people in Europe? What triggers and lies beneath the manifold changes in the political, social and economical landscape? For a better understanding and insight into the rapidly evolving processes affecting Europe today EFP (European Film Promotion) in collaboration with Hot Docs – Canadian International Documentary Festival (April 26 – May 6, 2018) presents THE CHANGING FACE OF EUROPE. The line-up of 10 outstanding new documentaries – including one world, two international and four North American premieres – selected by the festival out of 36 submissions by EFP member organisations, is co-produced by a total of 14 European countries and is an exciting example of the diversity of European cinema. EFP's new initiative is supported by the Creative Europe – MEDIA Programme of the European Union and the participating EFP member organisations.

All outstanding creative documentaries, personally introduced by the filmmakers, many of them also accompanied by the respective producers, touch a wide range of topics: BRAGUINO shows the clash of traditional ways with a freewheeling outline of life in the vast loneliness of the Siberian Taiga. The film by Clément Cogitore, a French Finnish co-production, was submitted by EFP member UniFrance. German filmmakers Melanie Andernach and Andreas Köhler follow a family clan scattered around the globe following their flight from war-torn Somalia. Their concept of home, family and future is challenged by the necessity to look after the exiled grandmother in GLOBAL FAMILY, a documentary proposed by German Films. Heike Bachelier and Andy Heathcote show in OF FISH AND FOE how traditional salmon fishermen on the Scottish coast have to fight to make a living, a submission by the British Council. From Estonia comes the documentary RODEO covering the first free election since World War II, that brought to power Europe's youngest Prime Minister Mart Laar and the widening conflict between idealists and a rising economic elite, which was suggested by the Estonian Film Institute. The effects of war especially on children are reflected in THE DISTANT BARKING OF DOGS by Simon Lereng Wilmont documenting the life of ten-year-old Oleg in the Eastern part of Ukraine. The Danish-Finnish-Swedish co-production was submitted by the Danish Film Institute.

THE RUSSIAN JOB by Petr Horký centers on a run-down automobile factory, once the pride of the former Soviet Union, that takes on an experienced Swedish manager to return to prosperity without wanting to commit to changes. The film is presented by the Czech Film Center, as well as THE WHITE WORLD ACCORDING TO DALIBOREK by Vít Klusák, a stylized portrait of a Czech Neo-Nazi at odds with his life, gives insight into the radical worldview of so-called "ordinary decent people". On a much lighter note the Italian entry THE STRANGE SOUND OF HAPPINESS by Diego Pascal Panarello follows Diego whose dream of becoming a musician turns to dust until an ancient musical instrument, the mouth harp, points him in a new direction. This recollection of old traditions is supported by EFP member Istituto Luce Cinecittà. Two films center around very personal stories to talk about cultural identity and new life concepts. WHEN PIGS COME by Biljana Tutorov follows upbeat Serbian grandmother Dragoslava in her daily life. Over the years she has lived in five countries without ever moving from her flat in a small borderline town – a submission by the Film Center Serbia. In TO WANT, TO NEED, TO LOVE by Ilir Hasanaj, a recently separated couple tries to find a way to still work and live together by joining a performance art project travelling through Europe. The Kosova Cinematography Center recommended the entry.

EFP and its member organisations are delighted that this new cooperation with Hot Docs provides a prominent platform to present the diversity and artistic excellence of European documentaries to North American audiences. In addition to discussing their projects with the audience, the filmmakers will take part in industry events including workshops, pitches and meetings with potential buyers, expanding their professional development on an international scale, and increasing their film's access to North American and international markets.

Since 2017, EFP also provides Film Sales Support for European world sales companies to market films selected for Hot Docs, increasing Europe's presence at the Festival and helping to stimulate distribution of European films to North America and beyond.

About Hot Docs:
Hot Docs (www.hotdocs.ca), North America's largest documentary festival, conference and market, will present its 25th annual edition from April 26-May 6, 2018. An outstanding selection of over 200 documentaries from Canada and around the world will be presented to Toronto audiences and international delegates. Hot Docs will also mount a full roster of conference sessions and market events and services for documentary practitioners, including the renowned Hot Docs Forum, Hot Docs Deal Maker and the Doc Shop. Hot Docs owns the Hot Docs Ted Rogers Cinema, a century-old landmark located in Toronto's Annex neighbourhood.
Hot Docs is proud to include Scotia Wealth Management as its Presenting Platinum Partner; CBC Docs as its Signature Partner; Bell Media, Netflix, Rogers Group of Funds and Samsung as its Presenting Partners; and Telefilm Canada and the Government of Ontario as its Major Supporters.