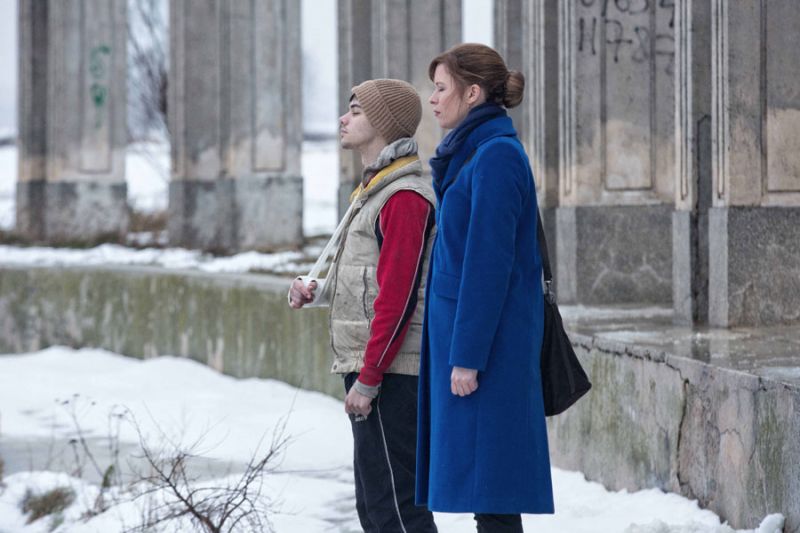 Most of Europe's sales companies are heading to the FILMART, Hong Kong's most popular market in Asia after Berlin, which kicks off on 19 March and runs to 22 March, promising spring weather and spring sales. European Film Promotion (EFP) is ready to back a great number of marketing and sales campaigns for European films, with 54 peaking in numbers since Film Sales Support (FSS), EFP's marketing incentive, has been on offer for the FILMART.

€106,000 in financial help have been earmarked for these 54 films from 19 European countries including films from 'smaller' countries, such as from Georgia, Greece, Iceland and Slovenia, to mention just a few. FSS goes towards giving European films THE extra boost, post-Berlin and pre-Cannes, to be noticed in a highly important and dense Asian market where access to mainland China is one major drive. The support of the Creative Europe – MEDIA Programme of the European Union and the consent of EFP's member organisations are main pillars of FSS.

Facilitating the work of the attending sales agents, EFP is again setting up its highly frequented EUROPE! UMBRELLA with 28 companies participating from nine European countries with a stronger presence from Germany and Italy this year. First timers are German company, Magnet Film, and the Italian TVCO.

Thanks to contributions from German Films, Istituto Luce Cinecittà – Filmitalia and the Danish Film Institute, the temporary 'Hong Kong home' for all things European, has been expanded to 90 sqm giving more space and visibility, not least to its new branding. The umbrella, supported by Creative Europe – MEDIA, is located next to the stands of UniFrance and Film Export UK forming a kind of European trio for delegates of the FILMART. Jazzing up the EUROPE! UMBRELLA to attract buyers attention, EFP for the first time, promotes films by showing film clips of the line-up of participating sales companies and by promoting the umbrella in a social media campaign leading up to the start of the FILMART. 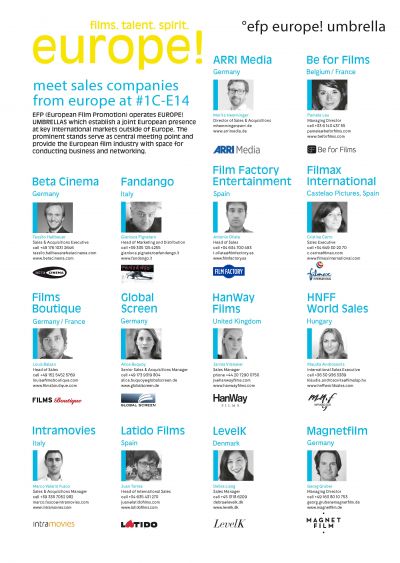