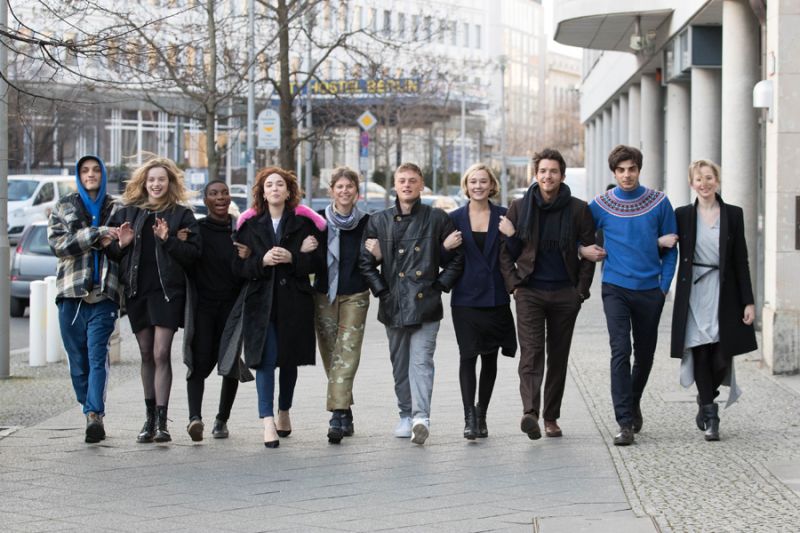 Flying in from all over Europe the group of ten outstanding acting talents finally arrived to start their busy days in Berlin. Presented at the Berlin International Film Festival, EUROPEAN SHOOTING STARS is celebrating its 21st edition. The programme supports young acting talent from across Europe. Their tailor-made schedule of events include industry panels and meetings with casting directors, agents and important players in the industry, and culminates with the awards ceremony on Monday night, which provides the young talents with a very special Berlinale moment.

EUROPEAN SHOOTING STARS is widely regarded as an important stepping stone towards an international career – with past Shooting Stars including Alicia Vikander, Pilou Asbæk, Alba Rohrwacher and Daniel Craig. EFP's talent platform is financially supported by the Creative Europe – MEDIA Programme of the European Union and participating EFP member organisations and our loyal partners.

The EUROPEAN SHOOTING STARS Award will be donated by Leysen1855 (formerly Tesiro), official Berlinale partner since 2009. In spring 2017, Tesiro was delighted to announce a corporate merger with the Warrant Holder of the Court of Belgium, Leysen1855. And Leysen1855 is going to celebrate the 10th anniversary during the upcoming festival and carries on the support of the EUROPEAN SHOOTING STARS, that helped to develop this initiative into an important networking-platform. Tesiro CEO Richard Shen will present each actor with a personally designed gift made by "Blue Flame" – also a Tesiro brand – as a splendid reminder of their very special Berlinale experience. Tesiro will also honour their own three Brilliant Stars, to support rising young acting talents from across Asia.

AUDI Deutschland once more backs the EUROPEAN SHOOTING STARS buy providing luxurious shuttles for the young actors to all their events and engagements. In addition the programme benefits from the use of the Audi Berlinale Lounge to organize press events and promote the ten up-and-coming EUROPEAN SHOOTING STARS. Furthermore the Audi Berlinale Lounge gives festival visitors and film professionals the opportunity to discuss current films and new technologies with the best view of the red carpet in front of the Berlinale Palast.