The 2018 EUROPEAN SHOOTING STARS: Diversity at its Best EFP (European Film Promotion) proudly presents the 10 best up-and-coming actors from Europe that will be honoured at the Berlin International Film Festival 2018 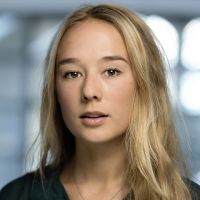 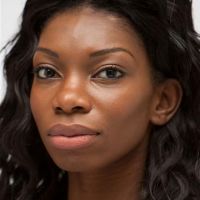 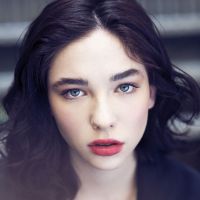 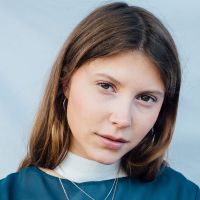 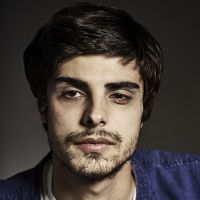 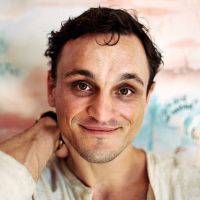 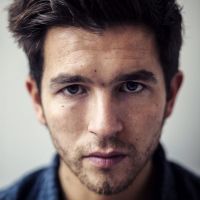 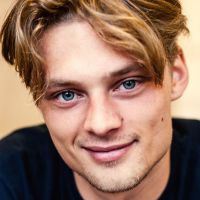 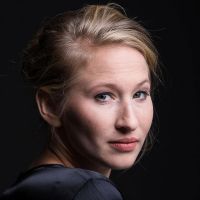 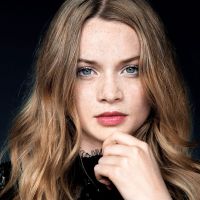 For the 21st edition of EUROPEAN SHOOTING STARS, this year's jury of industry experts has selected a list of what they deem to be 2018's ten most talented, up-and-coming actors from all over Europe, who are ready to step out onto the international film scene. They will be presented to the film industry, public and international press during the 68th Berlin International Film Festival (February 15 – 25, 2018). The group will take part in a dedicated workshop programme, rounded off by an awards ceremony at the Berlinale Palast on Monday, Feb 19, where each actor will be honoured with the EUROPEAN SHOOTING STARS Award donated by Leysen1855. EFP's longstanding and prolific talent platform is financially supported by the Creative Europe – MEDIA Programme of the European Union and the respective EFP member organisations.

The selection of outstanding young talent from Europe includes 23-year-old Eili Harboe, who stars in the Norwegian Foreign Language Oscar entry THELMA (2017) by Joachim Trier. Fellow Scandinavian Alba August (24) – her famous origins aside – has made a name for herself in various Swedish productions, the latest being the leading role of iconic Astrid Lindgren in BECOMING ASTRID, which will be released in 2018. Multi-talented Italian Matilda De Angelis (22) was discovered by director Matteo Rovere in 2015 and instantly took the lead in ITALIAN RACE (2016), for which she gained two David di Donatello nominations – for Best Actress, as well as Best Original Song for the film's title song 'Seventeen' which she performs. Dutch Shooting Star Jonas Smulders already received a Golden Calf Award for Best Actor for his role in WE WILL NEVER BE ROYALS in 2015 and convinced the jury with his "extraordinarily subtle performance" in BROTHERS. Georgia submitted a nomination for the first time this year, putting forward a young actor, Irakli Kvirikadze, who straight away won over the jury with his "natural presence and overwhelming energy" in HOSTAGES (2017). And the youngest of the talented crowd, Luna Wedler (18) from Switzerland, totally captured the jurors' attention with her fearless performance in BLUE MY MIND.

Among the more experienced EUROPEAN SHOOTING STARS 2018 is Réka Tenki from Hungary, a stage and film actor, has among other productions appeared in István Szabo's THE DOOR (2012) and last year's Golden Bear winner ON BODY AND SOUL by Ildikó Enyedi. She was also named one of this year's "10 Europeans to Watch" by Variety. Franz Rogowski has – in addition to appearing in prestigious German theatre productions – appeared in Sebastian Schipper's award-winning one-shot-thriller VICTORIA, Michael Haneke's HAPPY END and Terrence Malick's RADEGUND. He also can be seen in FIKKEFUCHS, which is currently showing in German cinemas. One of his latest films, IN DEN GÄNGEN by Thomas Stuber, where Franz plays the lead role opposite Sandra Hüller, will be screened in the Official Competition of the Berlin International Film Festival.

Matteo Simoni, very well known in Belgium for the comedy series SAFETY FIRST, also appears regularly on stage. He was nominated for Best Actor at the Belgian Film Awards for his first leading role in the feature film MARINA, and thrilled the jury with his "wide acting range" in GANGSTA by Adil El Arbi and Bilall Fallah. From the UK comes award-winning actress, playwright, screenwriter and poet Michaela Coel. She is best known for her BAFTA-winning hit-series CHEWING GUM, which is based on her own play.

During the four-day event in Berlin (Feb 16 – 19, 2018), the ten actors will take part in a tailor-made programme of profile-raising workshops and meetings with experts and industry members, including the International Casting Directors Network (ICDN), filmmakers, producers and other industry representatives to foster their professional network. EFP also supports a universal recognition of their exceptional talent by an extensive international press campaign.

EUROPEAN SHOOTING STARS is the oldest and most fruitful Europe-wide initiative to cast a spotlight on young actors. Since its first edition in 1998, a total of 293 European Shooting Stars have been presented at one of the most important international film festivals. This has proven for many to mark their launch into the international film scene. Former EUROPEAN SHOOTING STARS include Daniel Craig, Rachel Weisz, Alicia Vikander, Matthias Schoenaerts, Carey Mulligan, Cécile de France, Domhnall Gleeson, Maria Valverde, Daniel Brühl, Anamaria Marinca, Pilou Asbæk and Baltasar Kormákur. 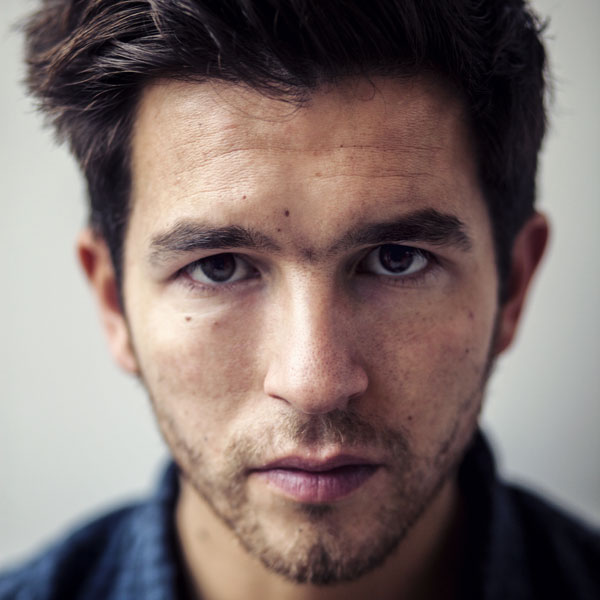 Jury's comment: "Matteo is full of life, impressing us with his wide range of skills and convincing us that he is able to master the seemingly impossible. His nuanced range of expressions allows him to explore both the dark humor and the drama that is playfully on display in GANGSTA, revealing a courageous determination." 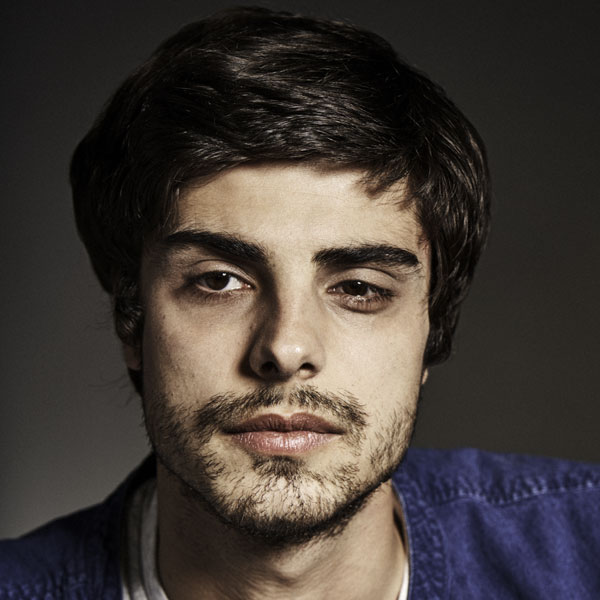 Selected films:
HOSTAGES by Rezo Gigineishvili
TBILISI I LOVE YOU by Tamar Shavgulidze

Jury's comment: "Irakli is a fresh talent, giving a truly impressive performance in HOSTAGES, an ensemble drama in which he shines, thanks to the emotional depth he displays. Still young, Irakli's admirable skills as a trained actor allow him to express passion, anger and sensibility. He has a natural presence and his overwhelming energy combined with humble eagerness, makes him an undisputed 'one to watch'." 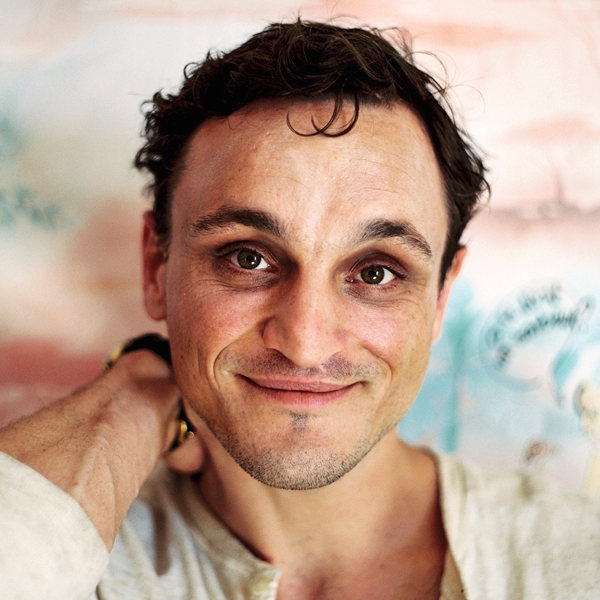 Jury's comment: "Conquering our hearts and minds with his recent roles in films by Terrence Malick and Michael Haneke, Franz continuously impresses with his individuality and creativity. In the dark comedy FIKKEFUCHS, about a young man dealing with his own disillusionment, he delivers a truly authentic performance, by conveying the character's complex and multilayered personality." 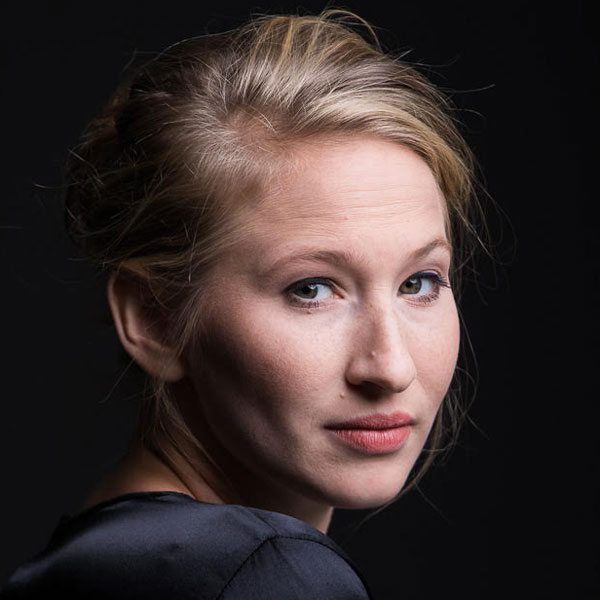 Jury's comment: "With originality and generosity, Réka balances her performance skills to breathe life into the mystery at the heart of BUDAPEST NOIR. Her passionate performance in front of the camera gives her a shimmering coolness that exudes confidence. Effortlessly capturing the moment, she impressed the jury with a subtle liveliness and a stand-out performance." 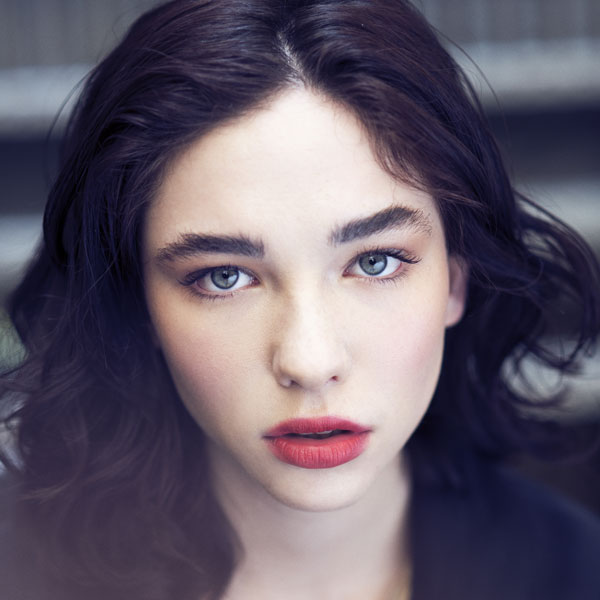 Jury's comment: "Is there anything she can't do? Actor, singer and musician Matilda De Angelis left the jury stunned, playing the strong, young driver in ITALIAN RACE. Full of life, and with a beautiful voice, even when she is not singing, she embodies strength and a natural screen presence. The way the camera brings forth her captivating performance is fascinating to watch." 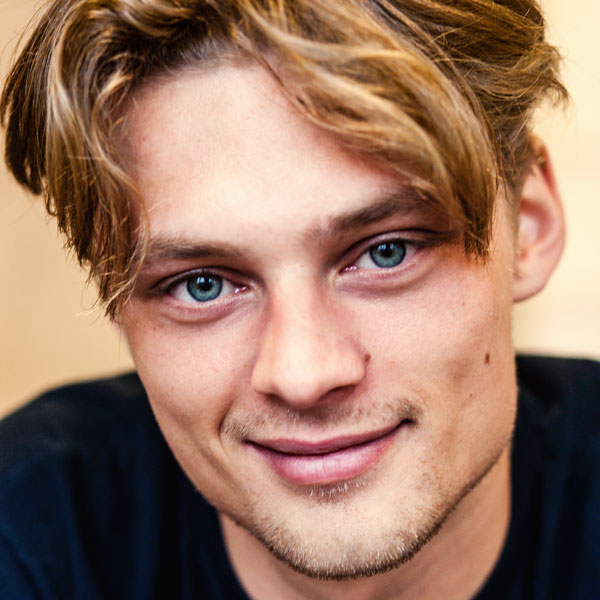 Selected films:
BROTHERS by Bram Schouw
WE WILL NEVER BE ROYALS by Mees Peijnenburg
A GOOD LIFE by Aaron Rookus

Jury's comment: "In BROTHERS, a coming-of-age story, Jonas gives an extraordinarily subtle performance, portraying a young man emerging from the shadow of his older brother. With an impulsive personality and a bright openness, Jonas brings heart and warmth to his character. He is utterly impressive in the way he embraces the human tenderness of his character, with a clear sense of what it means to be 'in the moment.'" 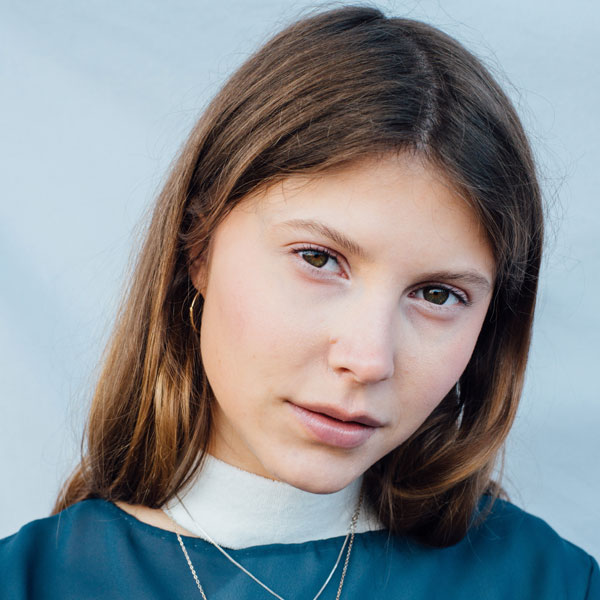 Selected films:
THELMA by Joachim Trier
THE ASH LAD IN THE HALL OF THE MOUNTAIN KING by Mikkel Brænne Sandemose
KISS ME YOU FUCKING MORON by Stian Kristiansen

Jury's comment: "Embodying the fresh-faced, titular student in Joachim Trier's latest, critically-acclaimed outing THELMA, Eili shows a fascinating and impressive range as an actor, which really impressed the jurors. She bravely allows us insight into a character who seeks personal freedom, whilst attempting to escape from a strict upbringing. With skill far beyond her years, she combines a haunting vulnerability with a luminous and striking expression of mystery and inner strength." 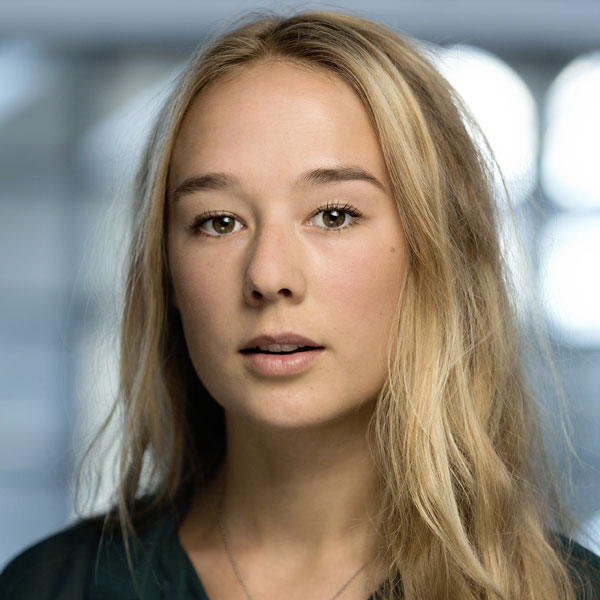 Jury's comment: "With an abundance of intuition and curiosity, Alba won over the jury with her convincing portrayal of the real-life writer, Astrid Lindgren, in BECOMING ASTRID, ably depicting her from an early age. Alba's performance on screen is as sensible and deep as it is unpredictable, imbuing the character with an inner life that allows us to explore the woman behind the writer." 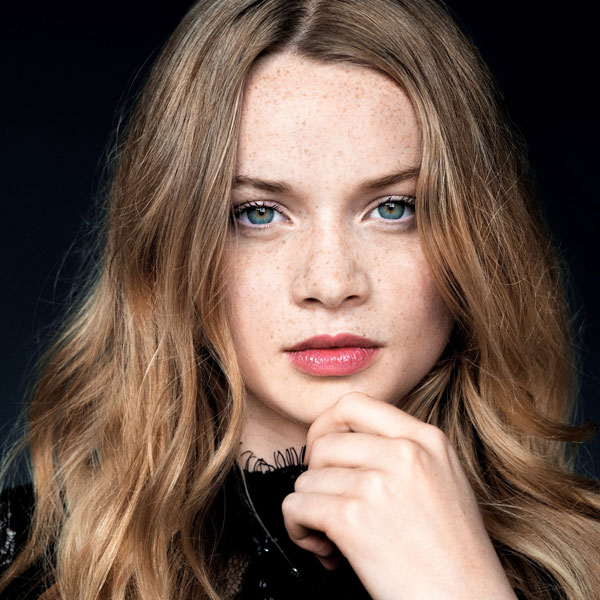 Jury's comment: "Bursting onto the scene with a fearless performance in BLUE MY MIND, Luna Wedler stands tall as a spontaneous and bold actor. She embodies an on-screen presence that is breathtaking and intense, leaving us with the impression that she has a natural ability to express strong emotions, without the need for a safety net. Although the youngest of this year's European Shooting Stars, Luna has already proven herself to be a confident voice of the future." 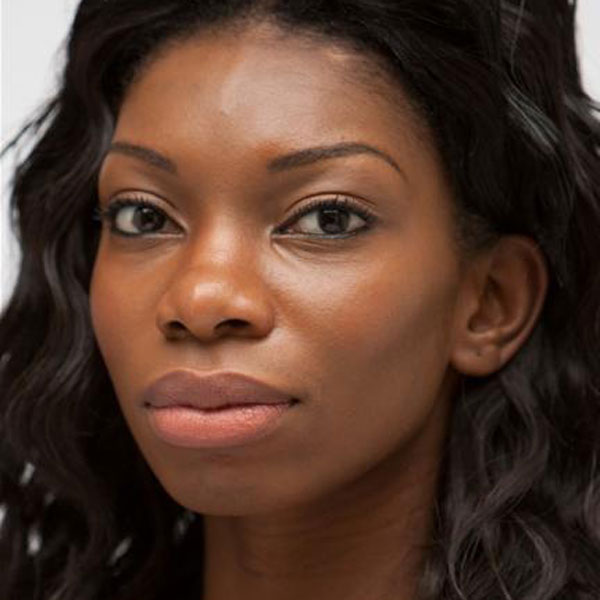 Jury's comment: "The energetic and fascinating Michaela Coel blew the jury away in every one of her scenes in the musical comedy BEEN SO LONG. Bold and entirely genuine, she is wholly in control of her character and has a completely natural way of combining musicality and comedy with poetic tenderness, in an utterly explosive performance."