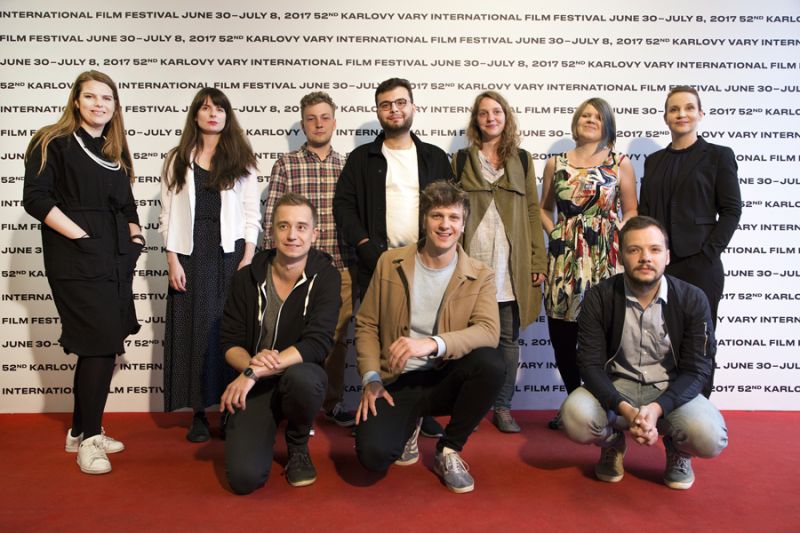 For the third year running EFP (European Film Promotion) and the Karlovy Vary International Film Festival (KVIFF) have selected ten of the most promising European film students and graduates to present their films in the framework of EFP FUTURE FRAMES during KVIFF from July 3 - 5. The programme designed to highlight the next generation of outstanding European filmmakers fresh out of film school is supported by the Creative Europe – MEDIA Programme of the European Union and the respective EFP member organisations.

Acclaimed Canadian director Denis Côté will act as mentor for the young filmmakers. He will share his wide-ranging experience in independent film-making, including a masterclass entitled "A Question of Independence" following a screening of his award-winning film "Drifting States". His exceptional commitment is part of an intensive programme which will be introducing the upcoming directors to the film industry and press and presenting their work to the welcoming festival audience.

SundanceTV is once again supporting EFP FUTURE FRAMES as one of the project partners of the event. Patrick Connolly, Vice President Programming, Scheduling & Creative Services at AMC/ Sundance Channel Global on the commitment: "SundanceTV is delighted to partner with Future Frames at the Karlovy Vary International Film Festival for the third year in a row. At SundanceTV, our mission continues to be an effort to discover, support and inspire independent artists from around the world and to bring their work to global audiences. We look forward to identifying great new talent at Future Frames this year."

Nespresso is also including Future Frames as part of its support for the International Film Festival in Karlovy Vary. "We are glad that, inspired by the film festivals in Cannes and Berlin, we were able to extend our partnership with IFF Karlovy Vary. This year, for the second time, we will support the Future Frames festival section and with it young filmmakers, which is one of our objectives not only in the Czech Republic, but worldwide," says Andrea Petrová, Marketing Manager at Nespresso.

Project partners of FUTURE FRAMES 2017 are the Sundance Channel and Nespresso.