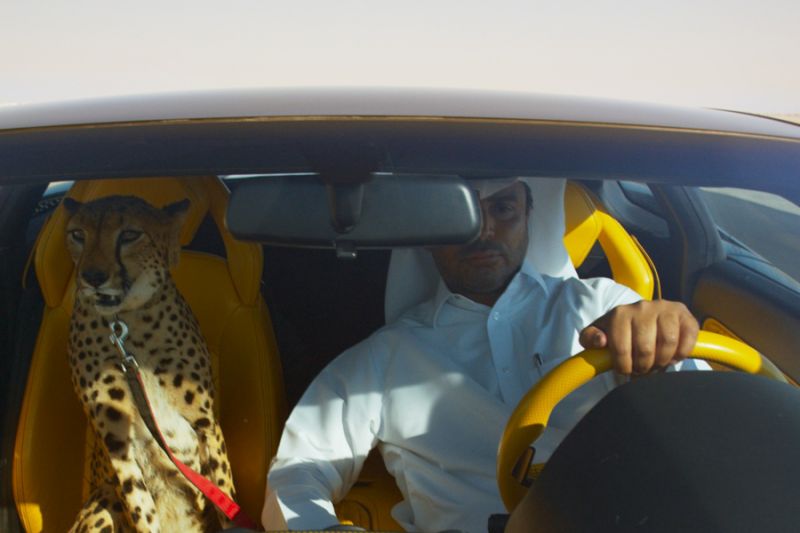 THE CHALLENGE by Yuri Ancarani

Film Sales Support (FSS) extends its promotional push for European films at two major North American festivals, the Tribeca Film Festival, April 19 – 30, and the Canadian International Documentary Festival Hotdocs in Toronto, April 27 - May 7. European Film Promotion's (EFP) scheme for the promotion and marketing of European films at markets outside of Europe granted €14,500 to world sales companies representing six films at the respective festivals. FSS is made possible with the financial support of the Creative Europe – MEDIA Programme of the European Union.

The following feature films are receiving FSS for Tribeca: The family drama, SON OF SOFIA, which is celebrating its world premiere at the festival, is the story of a boy, who has to come to terms with his new stepfather. It is Greek director Elina Psikou's second feature film; Psikou received a hat-trick of awards for her debut film in 2013. The comedy-drama, ICE MOTHER, looks at quite a different aspect of family life: After years of taking care of her ungrateful family, newly widowed Hana finds unexpected romance among ice swimmers – an invigorating Czech tradition. Swiss director/writer Petra Volpe dives into the country's younger history with her film, THE DIVINE ORDER, showing how an inconspicuous housewife becomes politically active while campaigning for the women's rights to vote in 1970 (!). FSS for this film from Switzerland is awarded thanks to EFP member, Swiss Films.

Among the three documentaries selected for Hotdocs, the award-winning and visually stunning Italian production, THE CHALLENGE, deals with falconry, an old Arab tradition, which has been corrupted by modern times becoming the favourite pastime of Qatari Sheiks. In THANK YOU FOR THE RAIN, a Kenyan farmer documents four years of life in his village and the damages done by climate change. He eventually becomes an activist, who presents these devastating results at the World Economic Summit in 2015, all documented by Norwegian filmmaker Julia Dahr. On a very personal note, Danish filmmaker Elvira Lind – perfecting her fly-on-the-wall approach – follows the American dancer BOBBI JENE Smith, who after 10 years in the world-renowned Israeli Batsheva Dance Company decides to return to the US to explore new forms of artistic expression.