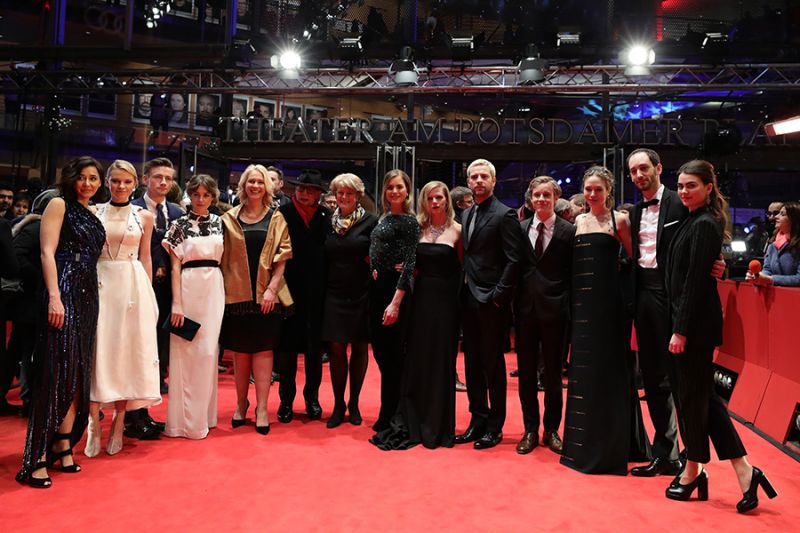 Berlin, Monday 13th February 2017: Tonight the renowed British actor Timothy Spall welcomed to the Berlinale Palast stage this year's ten up and coming young actors from all over Europe - the European Shooting Stars 2017. The prestigious programme - celebrating its 20th anniversary - is financially supported by the Creative Europe – MEDIA Programme of the European Union and participating EFP member organisations.

After a weekend of meeting and greeting industry professionals and interviews and introductions with the international entertainment media, tonight's red carpet arrival and awards ceremony was a thrilling end to a busy weekend for the young actors.

European Film Promotion (EFP) and its supporters were thrilled to once again bring the European Shooting Stars programme to the German capital, presented by the Berlin International Film Festival. Tonight's ceremony was held in the presence of Festival Director Dieter Kosslick and Monika Grütters, German Federal Government Commissioner of Culture and the Media and a number of Europe's cultural ministers.

EFP is financially supported by the Creative Europe - MEDIA Programme of the European Union and by its member organisations. The Hamburg-based office is backed by the German Federal Government Commissioner for Culture and the Media, the Film Fund Hamburg Schleswig-Holstein and the Ministry of Culture of the City of Hamburg.
EFP's programme EUROPEAN SHOOTING STARS is moreover supported by partners such as the main sponsor TESIRO and the automobile partner Audi AG. Furthermore, we would like to thank the City of London, Film- and Medienstiftung NRW GmbH and the Medienboard Berlin-Brandenburg GmbH and give a special thanks to our member German Films.