The 2017 EUROPEAN SHOOTING STARS welcomed in Berlin by Tesiro 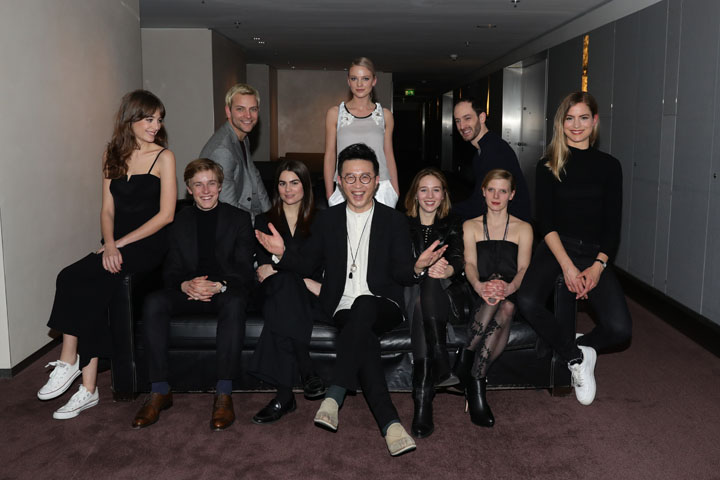 10th February 2017, Berlin: Before starting into a busy weekend of events and networking opportunities with the international film industry, the ten EUROPEAN SHOOTING STARS were welcomed in style by Richard Shen, CEO TESIRO, European Film Promotions long-standing partner for the talent platform. EUROPEAN SHOOTING STARS is financially supported by the Creative Europe – MEDIA Programme of the European Union and participating EFP member organisations.

As one of the world's leading diamond traders, TESIRO presented the young actors with a unique gift that was especially designed as a token of their visit to the Festival.

Presented by the Berlin International Film Festival EUROPEAN SHOOTING STARS is celebrating its 20th edition. The programme actively supports young acting talent from across Europe. Their finely tuned schedule of events including industry panels and meetings with casting directors, agents and important players in the industry, culminates with the awards ceremony on Monday night, which provides the young actors their very special Berlinale moment. Again TESIRO generously donates the annual Shooting Stars Award, presented to each of the actors by renowed British Actor Timothy Spall on the main stage of the Berlinale Palast.

The EFP talent platform is widely regarded as a first step towards success – with past Shooting Stars including Daniel Craig, Alicia Vikander, Pilou Asbæk and Ruth Negga.

EFP is financially supported by the Creative Europe - MEDIA Programme of the European Union and by its member organisations. The Hamburg-based office is backed by the German Federal Government Commissioner for Culture and the Media, the Film Fund Hamburg Schleswig-Holstein and the Ministry of Culture of the City of Hamburg.
EFP's programme EUROPEAN SHOOTING STARS is moreover supported by partners such as the main sponsor TESIRO and the automobile partner Audi AG. Furthermore, we would like to thank the City of London, Film- and Medienstiftung NRW GmbH and the Medienboard Berlin-Brandenburg GmbH and give a special thanks to our member German Films.