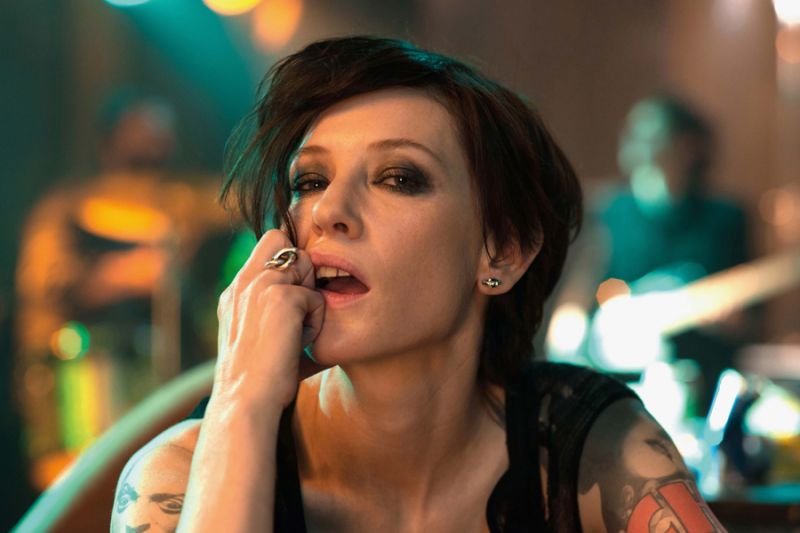 Cate Blanchett in MANIFESTO represented by The Match Factory

European Film Promotion dedicates Film Sales Support (FSS) to the promotion and marketing of six European films at this year's Sundance Film Festival (January 19 – 29, 2017). The flagship festival for the discovery of new independent cinema from around the world puts a special spotlight onto European films, making it one of the important gateways to the North American market. EFP reserves €20,000 for sales companies to facilitate sales of European films to North America and to strengthen networking with buyers at the festival. FSS is backed by the Creative Europe - MEDIA Programme of the European Union.

Austrian sales outfit Autlook Filmsales proudly presents two films in the World Cinema Documentary Competition: the much lauded IT'S NOT DARK YET tells the incredible story of young Irish filmmaker Simon Fitzmaurice who, despite a diagnosis of Motor Neurone Disease, goes on to direct an award-winning feature film solely through the use of his eyes, beautifully narrated by Colin Farrell. The company's second doc,THE WORKERS CUP by Adam Sobel, casts a first look at Qatar's controversial labour camps, where the FIFA World Cup 2022 is being built on the backs of a million-plus migrant workers.

The Match Factory from Germany presents three feature films in Sundance: The World Cinema Dramatic Competition premieres the political thriller THE NILE HILTON INCIDENT, a story of corruption and murder on the backdrop of the Arab Spring at Cairo's Tahrir Square directed by Swedish director Tarek Saleh. Also in competition is Helene Hegemann's directorial debut from Germany whose bestselling novel AXOLOTL OVERKILL about a reckless 16-year-old girl, on a quest for love, caused quite a controversy in her home country. German renowned film and video artist Julian Rosefeldt creates a lusciously photographed stage with MANIFESTO in Sundance's Premieres section, the multi-screen visual installation, in which Cate Blanchett excels in 13 different roles and situations.

Memento Films International from France are accompanying screenings of their film, MY HAPPY FAMILY by Nana & Simon in the World Cinema Dramatic Competition. The coproduction from Germany, Georgia and France narrates the touching story of Manana, who after 30 years, decides to leave her husband and family and their crowded apartment in Tbilisi to start a new life.

FSS for the respective films was confirmed by EFP's member organisations, the British Council, German Films, the Irish Film Board and the Swedish Film Institute.