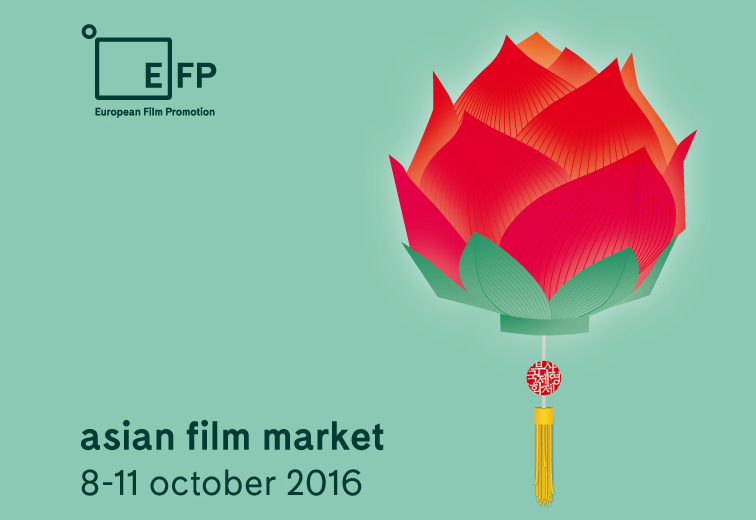 Over the past ten years, European Film Promotion (EFP), in collaboration with uniFrance Films, has paved the way for a strong presence of European film sales companies at the Asian Film Market, this year taking place from October 8 – 11.
37 sales companies and seven EFP members will be attending the important gateway to the Asian market under EFP’s European Umbrella. Notwithstanding recent developments and difficulties around the Busan International Film Festival, the sales companies show unabated interest in travelling to the Asian Film Market. EFP welcomes four newcomers to the Umbrella from important film countries, such as the UK, France and Spain to initiate sales to Korea and other countries in Asia. The EFP programme is financially backed by the Creative Europe - MEDIA Programme of the European Union and participating EFP member organisations as well as UniFrance Films and German Films.

Most of the companies benefit from Film Sales Support (FSS), dedicated towards boosting the promotion and marketing of European films on international film markets. FSS, totalling more than €100,000, goes towards the promotion of altogether 36 European films from 15 countries. It includes five films receiving the newly launched Slate Funding which covers campaigns for films starting off at the Toronto International Film Festival and moving on to the Asian Film Market.

To encourage networking and exchange, EFP hosts its annual industry reception where professionals and talent from Europe and Asia mingle, involving Opening Doors, EFP’s long standing artistic delegation to the Busan International Film Festival, which brings 18 European filmmakers and actors to Korea this year. They will take part in a special four-day programme to meet with industry and press and enjoy the lively discussions with the Korean audience, thanks to the support of the respective EFP member organisations.

With the support of

The Hamburg-based office is financially supported by the German State Minister for Culture and the Media, the Ministry of Culture of the City of Hamburg and the Film Fund Hamburg Schleswig-Holstein.