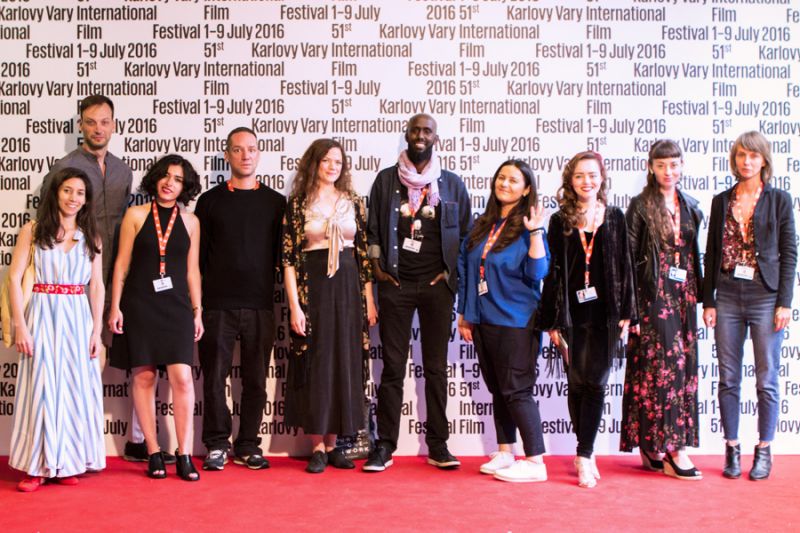 On the invitation of European Film Promotion (EFP) and the Karlovy Vary International Film Festival (KVIFF), ten European film students and graduates present their films in the framework of the programme FUTURE FRAMES - Ten New Filmmakers To Follow during three festival days, July 3 - 5. FUTURES FRAMES is financially backed by the Creative Europe – MEDIA Programme of the European Union and the respective EFP member organisations.

Acclaimed Belgian director Felix van Groeningen will arrive in Karlovy Vary July 4th to act as mentor for the young filmmakers. He will share his wide-ranging experience in film-making including a masterclass on occasion of the KVIFF premiere of his new film “Belgica”. His exceptional commitment is part of an intensive programme introducing the emerging professionals to the media and the film industry and presenting their work to the festival audience.

In its second year, the Sundance Channel is one of the two additional project partners of the event. According to Gail Gendler, Vice President of Acquisitions, Sundance Channel Global: “We are delighted to partner again with Future Frames at the Karlovy Vary International Film Festival.  At Sundance Channel, we aim to promote independent filmmaking and support promising up and coming filmmakers. We look forward to discovering great new talent within Future Frames at this year’s festival!”

As second and new partner, Nespresso is on board this year,  considering the International Film Festival in Karlovy Vary to be the most important cultural and social event in the region. “We are glad that, inspired by the film festivals in Cannes and Berlin, we were able to extend our partnership with IFF Karlovy Vary. This year, we will newly support the Future Frames festival section and with it young filmmakers, which is one of our objectives not only in the Czech Republic, but worldwide,” says Andrea Petrová, Marketing Manager at Nespresso.