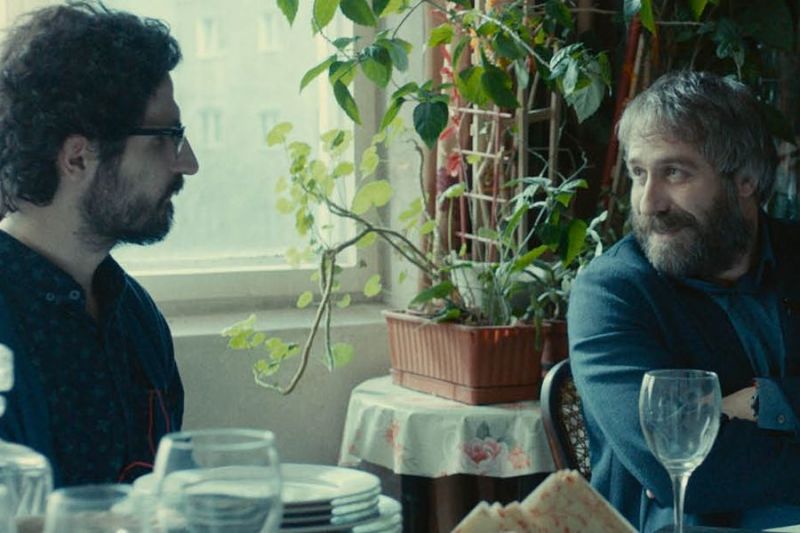 Five films competing for the Palme d’Or as well as seven feature films and documentaries in the various other sections of the festival – all (co)-produced by present and former participants – are excellent examples for the energy and artistic ambition of the emerging producers taking part in EFP’s networking platform PRODUCERS ON THE MOVE.

The current group includes the UK's Lucas Ochoa, the co-producer of Andrea Arnold's American Honey, which will have its world premiere in Cannes. Please see more information about the 2016 PRODUCERS ON THE MOVE line-up here.

Former participants with films in the Competition are Anca Puiu, who will present Sieranevada by director Cristi Puiu. The Romanian producer met two of her co-producers - Zdenka Gold from Croatia and Labina Mitevska from FYR of Macedonia - during EFP's PRODUCERS ON THE MOVE event in 2013. Also in the running is Janine Jackowski from Germany, who produced Maren Ade's Toni Erdmann with executive producer Ada Solomon from Romania. The Dutch entry Elle by Paul Verhoeven was made by, among others, the Belgian co-producer Diana Elbaum, while Rester Vertical from France was produced by Sylvie Pialat.

PRODUCERS ON THE MOVE, which will be running from May 14 – 17 this year, is held annually in Cannes and has developed into a label for highly talented and ambitious producers who are just entering the international business arena. Financial backing for this initiative comes from the Creative Europe - MEDIA Programme of the European Union. The participants are nominated by the respective EFP member organisations who co-finance the event.

Elle by Paul Verhoeven (The Netherlands)
co-produced by Diana Elbaum (PRODUCER ON THE MOVE, Belgium 2001)

The Happiest Day In The Life Of Olli Mäki by Juho Kuosmanen (Finland)
produced by Jussi Rantamäki (PRODUCER ON THE MOVE, Finland 2013)

Wolf And Sheep by Shahrbanoo Sadat
produced by Katja Adomeit (PRODUCER ON THE MOVE, Denmark 2015)

My Life As A Courgette (Ma vie de courgette) by Claude Barras
produced by Max Karli (PRODUCER ON THE MOVE, Switzerland 2008)

Interviews with this year's PRODUCERS ON THE MOVE will be published at EFP's media partners' websites: www.cineuropa.org, www.filmneweurope.com and www.fred.fm.