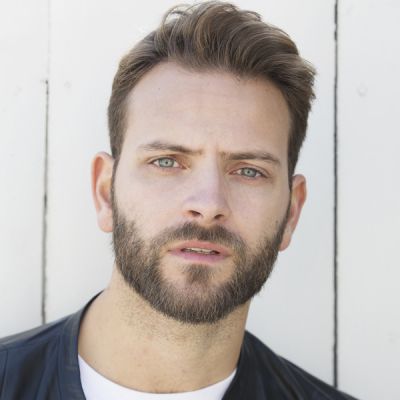 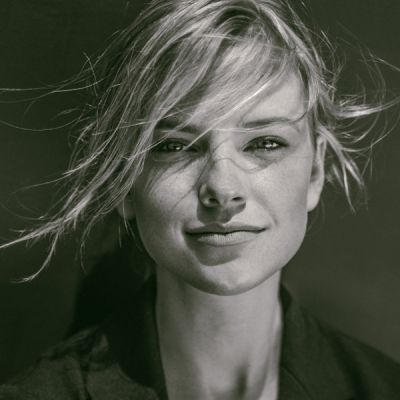 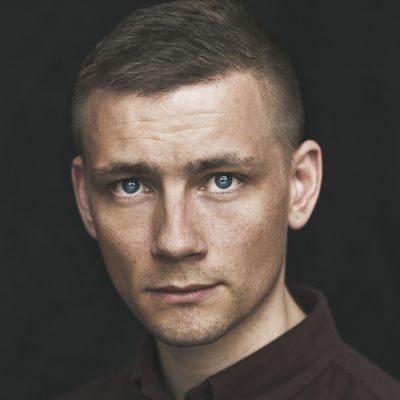 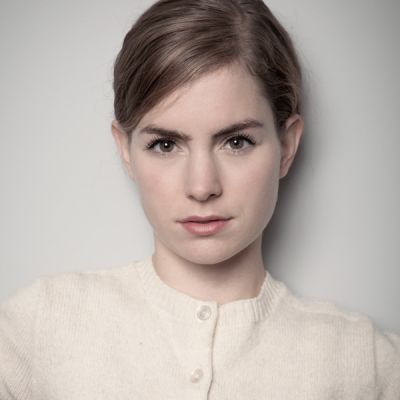 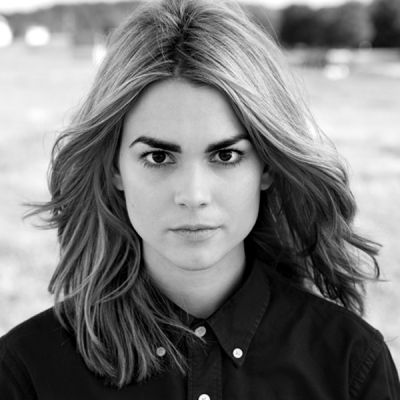 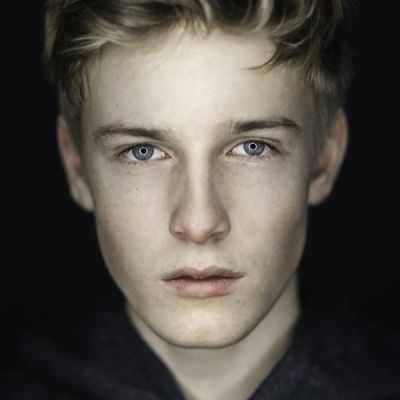 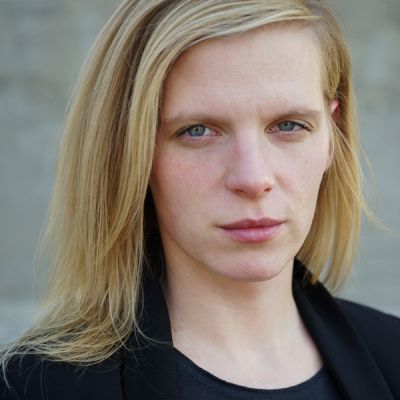 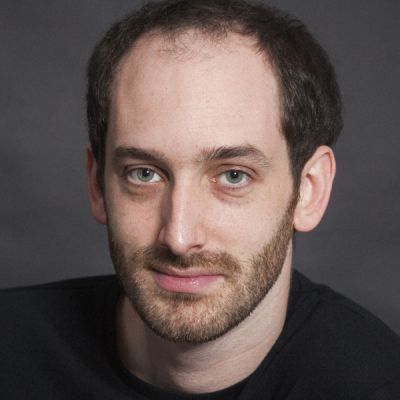 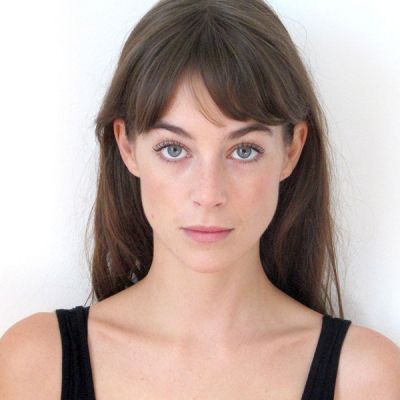 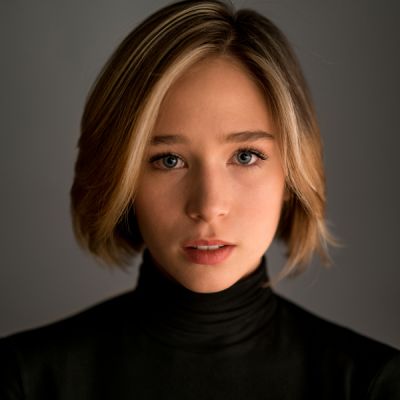 For the 20th edition of EUROPEAN SHOOTING STARS the jury of industry experts has selected the ten most gifted performers, that will be presented to film industry, public and international press during the opening weekend of the 67th Berlin International Film Festival (February 9 – 19). The event culminates in the awards ceremony at the Berlinale Palast on Monday, Feb 13 where each talent will be presented with the EUROPEAN SHOOTING STARS Award donated by Tesiro. European Film Promotion's first and most prolific talent platform, is financially supported by the Creative Europe – MEDIA Programme of the European Union and the respective EFP member organisations.

In this year's group of outstanding new talent from Europe the youngest have already been cast in current Foreign Language Oscar submissions: much lauded 21-year-old Zofia Wichłacz from Poland in Afterimage by late director Andrzej Wajda and German Shooting Star Louis Hofmann (19), who received numerous awards for his performance in the Danish Oscar submission Land of Mine. An honor shared by charismatic Alessandro Borghi, who starred in the Italian entry Non essere cattivo (Don't Be Bad) in 2015. Joining them is Dutch actress Hannah Hoekstra, whose "refined acting skills" earned her success in film, television and theatre alike, with already five Best Actress awards to show for. Just as versatile is Tudor Aaron Istodor from Romania, whose "sensitive naturalism and warm humanity" impressed the jury.

Her fearless acting and his edgy intensity recommended Maruša Majer from Slovenia and Esben Smed from Denmark to stand out among the 26 nominees for EUROPEAN SHOOTING STAR 2017. Portuguese actress Victoria Guerra has already worked on international films with the late director Andrzej Zulawski in Cosmos (2015) and starred beside Mathieu Amalric in À Jamais (2016). Karin Franz Körlof stepped out into the limelight with her critically acclaimed leading role in A Serious Game (2016) by Pernilla August, which premiered at this year's Berlinale. Likewise the Latvian film Mellow Mud, which won the Crystal Bear for Best Film in the Generation 14plus at the Berlinale 2016, saw the debut of soulful and subtle actress Elīna Vaska (22).

During the four day Shooting Star event in Berlin (Feb 10 – 13, 2017), the ten actors will take part in a tailormade programme of profile-raising workshops and meetings with influential members of the International Casting Directors Network (ICDN), filmmakers and other important industry players, alongside interviews and photo-shoots with international media. The weekend provides them all with the significant and timely exposure their emerging talent deserves.

Being a European Shooting Star puts them in the first row of young performers to be considered for international productions. Like Danish actor Pilou Asbæk, who first met casting directors Lucinda Syson (UK) and Avy Kaufmann (USA) during the European Shooting Star event in 2011. Following this important encounter Syson cast him as Pontius Pilate in Ben Hur (2016) by director Timur Bekmambetov, while Avy Kaufmann makes him star beside Kirsten Dunst in the psychological drama Woodshock, which will be released in 2017.

As member of this year's jury Lucinda Syson, responsible for casting blockbusters like Batman Begins and Matthew Vaughn's Kick-Ass, comments on the importance of the programme: "The event has become one of the most prestigious platforms for discovering and encouraging incredible new talent across Europe and I am honoured to be a part of the jury. My fellow colleagues in the International Casting Directors Network value this event so much as it provides us with a unique opportunity to meet the actors in one place. We can then put them forward for projects whereas we may never have previously considered them." 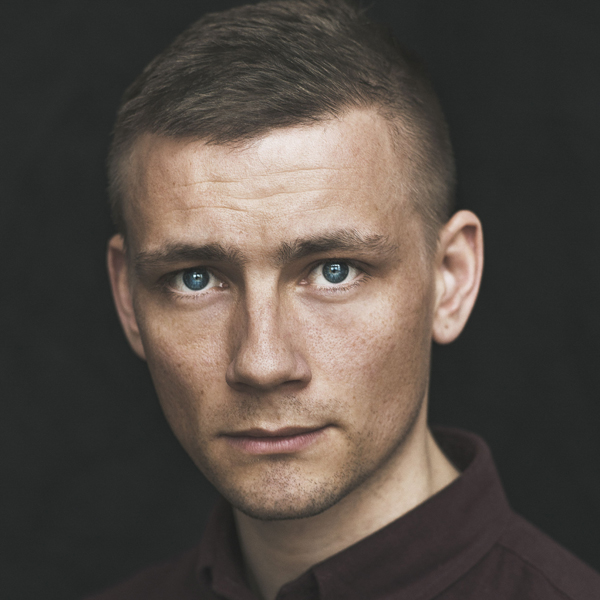 Selected films/ tv-series:
Letters for Amina by Jacob Bitsch
Summer of 92 by Kasper Barfoed
Follow the Money by Per Fly

Jury’s comment: “This is one intense, high octane Dane. To meet him when he's angry is somewhat disturbing. And we mean this in the nicest possible way. Esben's presence is unquestionable and fills up the screen with great edge.” 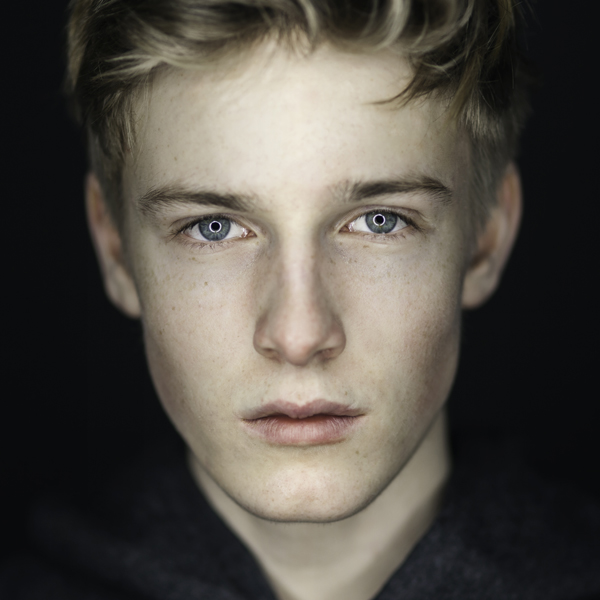 Selected films:
Land Of Mine by Martin Pieter Zandvliet
Center Of My World by Jakob M. Erwa
Sanctuary by Marc Brummund

Jury’s comment: “He is one of those raw talents, fresh, natural and seemingly effortless. Louis moves from part to part with a spectacular innocence that transcends the screen.” 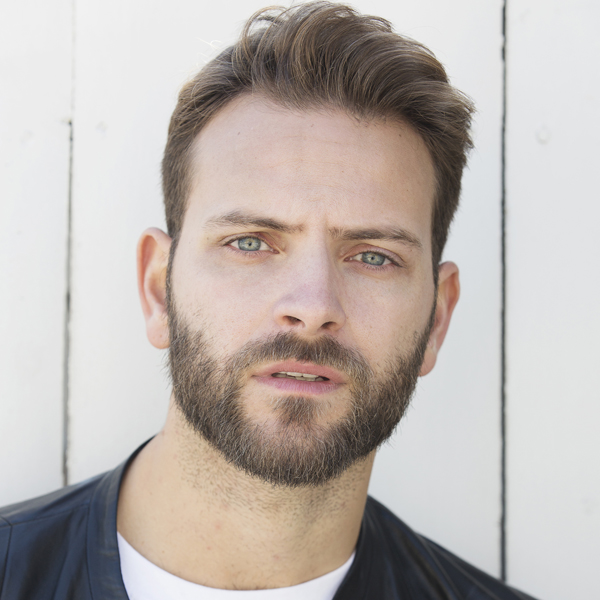 Selected film:
Don't Be Bad by Claudio Caligari
Suburra by Stefano Sollima
I Was A Dreamer by Michele Vannucci

Jury’s comment: “The charisma is uncanny. Fuelled with a fiery energy, Alessandro seems nothing less than unstoppable for the time being. We also find his body language really impressive.” 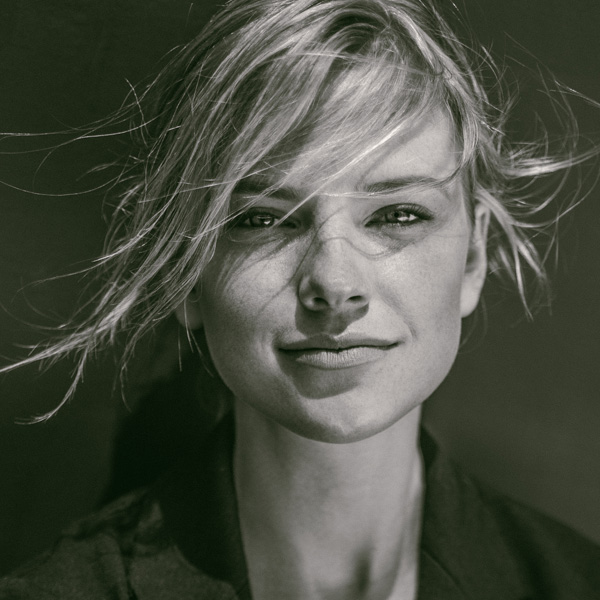 Jury’s comment: “She has just made her debut, and what a debut this is. We could compare with some classic predecessors, but we won't. Elina's performance is all her own, subtle, contemplative and with a soulful glow. It is the power of the unspoken in a very pure form.” 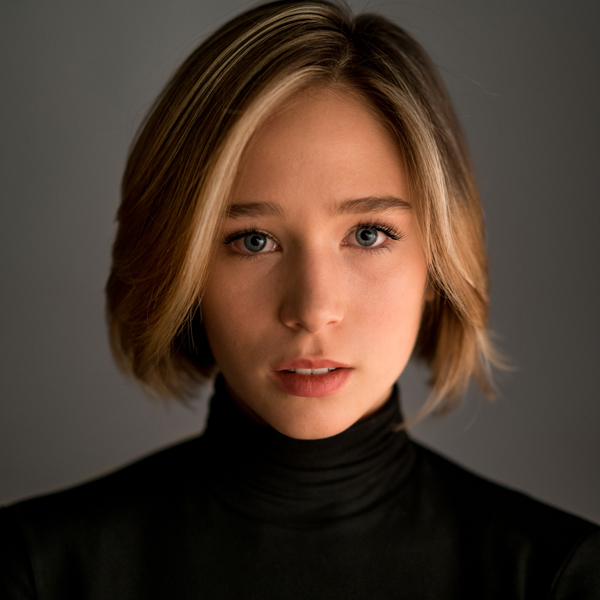 Jury’s comment: “She truly holds her ground. With serene compassion and internal life, Zofia illuminates the screen and remains in our eye long after the lights go out. Not only do we want to look for her in the future, we are simply compelled to do so.” 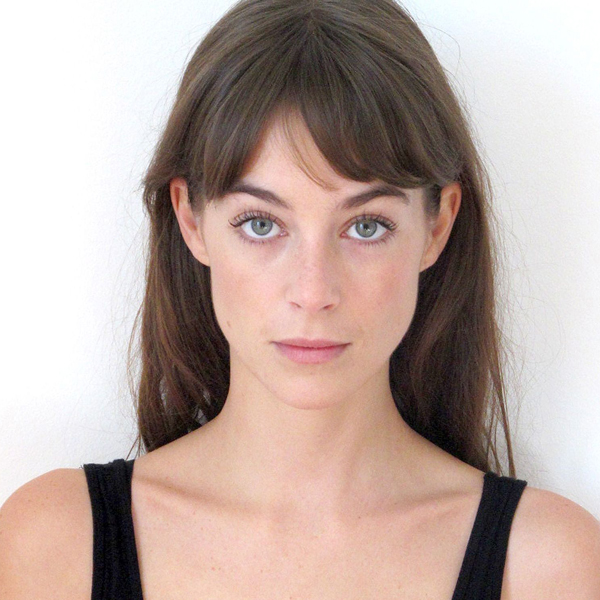 Jury’s comment: “With timeless elegance, she portrays femininity in classic form. However, behind an air of purity, a sense of seductiveness is rarely far away, sometimes even strokes of mischief. So beware of Victoria.” 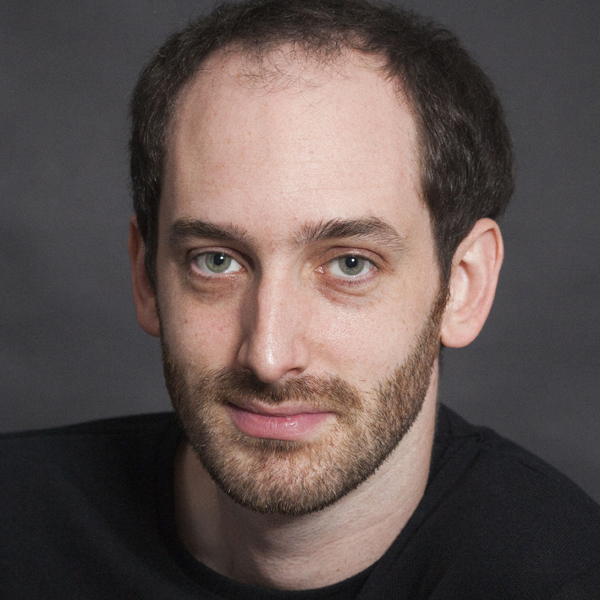 Jury’s comment: “He projects a sensitive naturalism in his acting, often with warm humanity. On the other hand, we sense that the finely tuned Tudor could well go off on an outburst the very next minute. The instinct is there, and he plays it with a keen sense.” 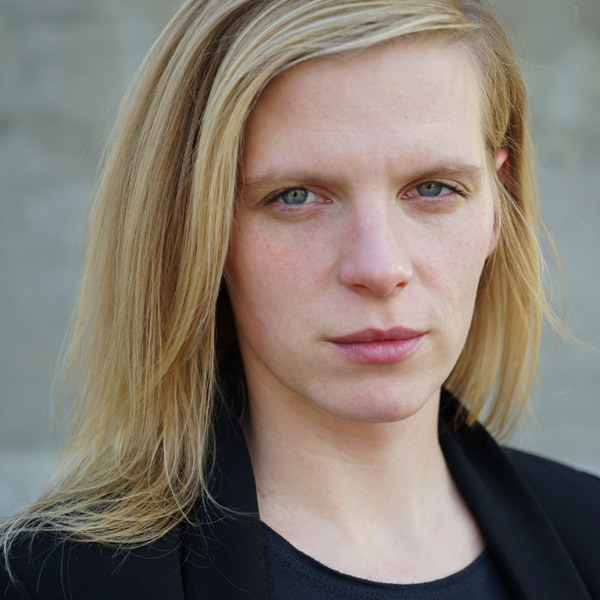 Jury’s comment: “She gives a fearless, gritty and thoroughly soul-bearing quality to her work, that goes under both her and our skins – and refuses to let go. Maruša conveys a female animalism of a rarely seen strength.” 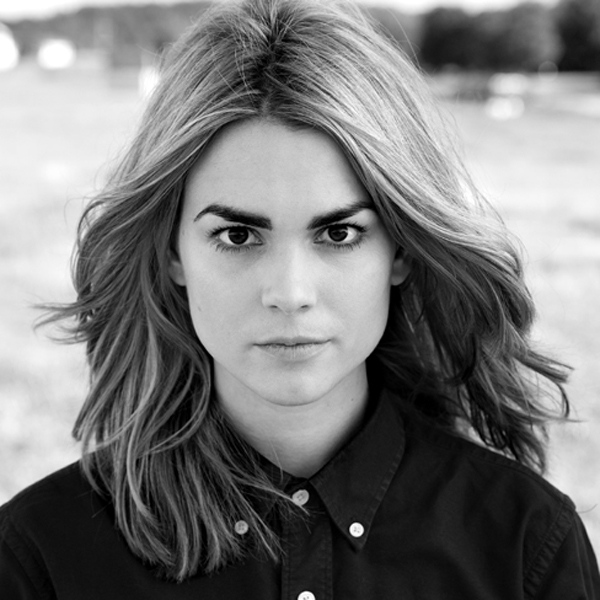 Jury’s comment: “Significant tension of the good, even sensuous kind, is clearly felt in her aura and her firm gaze. Karin demonstrates versatility, drive, composition and courage, also when taking the darker emotional paths of the story at hand." 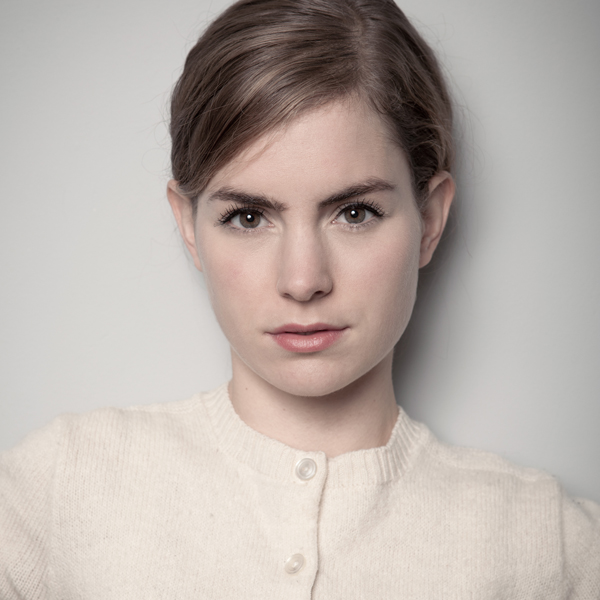 Jury’s comment: “Sharp, precise, earthy and no-nonsense are exclamations that come to mind when encountering her work. With refined acting skills, Hannah exquisitely combines a fragile look with considerable strength.”

EFP is financially supported by the Creative Europe - MEDIA Programme of the European Union and by its member organisations. The Hamburg-based office is backed by the German Federal Government Commissioner for Culture and the Media, the Film Fund Hamburg Schleswig-Holstein and the Ministry of Culture of the City of Hamburg.
EFP's programme EUROPEAN SHOOTING STARS is moreover supported by partners such as the main sponsor TESIRO and the automobile partner AUDI AG. Furthermore, we would like to thank the Film- and Medienstiftung NRW GmbH and the Medienboard Berlin-Brandenburg GmbH and give a special thanks to our member German Films.

EFP will once again be supported in their international press campaign for the EUROPEAN SHOOTING STARS 2017 by the London-based PR agency, Organic.