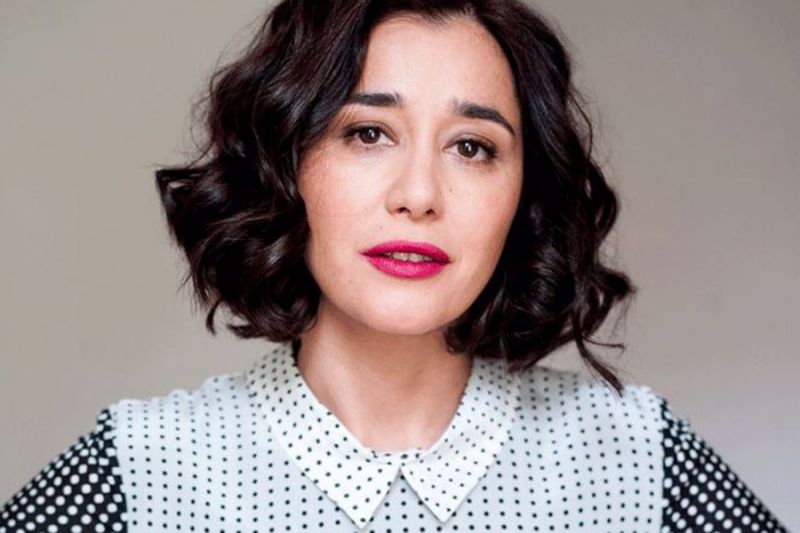 At the upcoming Berlinale, European Film Promotion (EFP) will celebrate the 20th edition of its first, most prominent and influential initiative EUROPEAN SHOOTING STARS featuring Europe's most promising young acting talent. The event also marks the 20th anniversary of EFP, the leading association to promote European films worldwide, having been founded at the Berlinale in 1997. Since its first showcase at the festival in 1998, a total of 283 Shooting Stars have been presented at one of the most important international film festivals. For many of them, the event marked the starting point of their international career. The high profile of the programme – for which financial support is granted by the Creative Europe – MEDIA Programme of the European Union and the participating EFP members – is reflected in the names of some of the most prominent former Shooting Stars including Daniel Craig, Alicia Vikander, Matthias Schoenaerts, Carey Mulligan, Domhnall Gleeson, Maria Valverde, Daniel Brühl, Anamaria Marinca and Pilou Asbæk.

For the jury's consideration the EFP member organisations from across Europe have nominated their most promising acting talent. The lucky ten will be selected in early December, ahead of travelling to the upcoming Berlin International Film Festival, which runs February 9 - 19 2017. EUROPEAN SHOOTING STARS is the most prolific and prominent Europe-wide initiative to spotlight young actresses and actors, whose exceptional talents receive a most welcome additional push. The showcase for the ten gifted performers during the Berlinale provides the international attention their work deserves.

Over the years EUROPEAN SHOOTINGS STARS has perfected its programme which sees the ten SHOOTING STARS brought together with agents and casting directors and presented to the international media, giving the stars of tomorrow ample opportunity to network and establish important relationships for their professional future. The highlight of this three-day-event is the annual awards ceremony on Feb 13, where each actor is honoured with the SHOOTING STARS AWARD on the main festival stage, donated by main partner Tesiro.

Dorka Gryllus (actress and Shooting Star 2005 – Hungary)
became a superstar in her native country at the age of 20 with her role in András Sólyom's School of Senses, being named Best Actress at the 2005 Hungarian Film Week for her performance in Robert A. Pejo's drama Pallas Pashamende. The same year, she was selected as one of the European Shooting Stars at the Berlinale. Since then, Dorka has worked on international projects such as Irina Palm by Belgium's Sam Gabarski as well as German film and TV productions, ranging from Fatih Akin's Soul Kitchen to the ZDF two-parter Schicksalsjahre. She received two Best Actress awards for her performance in the Hungarian film Demimonde last year. Dorka has just completed shooting Bridge of Sighs by János Szász, together with former Shooting Star Zsolt Nagy.

Lucinda Syson (casting director – UK)
started her career as a casting director 25 years ago after graduating in French and Linguistics. Her training under Priscilla John began with films like Alien 3 and Seven Years In Tibet. Her first film as casting director was Udayan Prasad's Brothers in Trouble, and Lucinda has since worked with such filmmakers as Luc Besson (Fifth Element), Christopher Nolan (Batman Begins), Alfonso Cuarón (Children Of Men), receiving an Artios nomination for Matthew Vaughn's 2010 film Kick-Ass. She is a member of the International Casting Directors Network and the Academy of Motion Picture Arts and Sciences.

Pandora da Cunha Telles (Producer – Portugal)
started her career in film production in 2001 at Filmes de Fundo and was selected as one of EFP's Producers on the Move in Cannes in 2004. In 2009, Pandora established the production company Ukbar Filmes together with Pablo Iraola, producing Vicente Alves do Ó's Florbela, winner of six Sophias (Portuguese academy awards). Her latest productions are The Bridges of Sarajevo (2015), which screened at Cannes' official selection, and The Train of Salt and Sugar by Licinio Azevedo, which premiered in Locarno. At the moment Pandora is finalizing Ukbar's latest features, The Surge by Daniela Thomas and Joaquim by Marcelo Gomes. Pandora is currently the president of APCA (Portuguese Association of Producers of Cinema and Audiovisual).

Xavier Koller (director – Switzerland)
initially worked as an actor and director for theatre, television and commercials before making the short fiction film Fano Hill in 1969. His feature debut, Hannibal, premiered in the Directors' Fortnight in Cannes in 1973. In 1991, Koller received the Academy Award for Best Foreign Language Film for Journey Of Hope and has since been based in Los Angeles, working on such English-language features as Squanto, A Warrior's Tale and Ring Of Fire. He has returned to Europe to shoot such films as Gripsholm, Einer wie ich (Someone Like Me), Die Schwarzen Brüder and, most recently, Little Mountain Boy (Schellen-Ursli), based on the classic Swiss children's book.

Jan Lumholdt (writer/critic – Sweden)
has been a regular contributor and reviewer for the renowned Stockholm daily Svenska Dagbladet since 2001. He studied Literature and Film History at the University of Lund. Among his publications are "Lars von Trier: Interviews" (University Press of Mississippi, 2003) and "Harriet Andersson" (Alfabeta, 2005), for which he was awarded the Jurgen Schildt Award for excellence in cinema writing. Lumholdt is the chairman of The Swedish Association of Film Critics and a member of the Swedish Oscar Committee.

EFP is financially supported by the Creative Europe-MEDIA Programme of the European Union and by its member organisations. The Hamburg-based office is backed by the German Federal Government Commissioner for Culture and the Media, the Film Fund Hamburg Schleswig-Holstein and the Ministry of Culture of the City of Hamburg. EFP´s programme EUROPEAN SHOOTING STARS moreover is backed by reliable partners such as the main sponsor TESiRO and the automobile partner AUDI AG.

EFP will once again be working in their international press campaign for the EUROPEAN SHOOTING STARS 2016 with the London-based PR agency Organic.