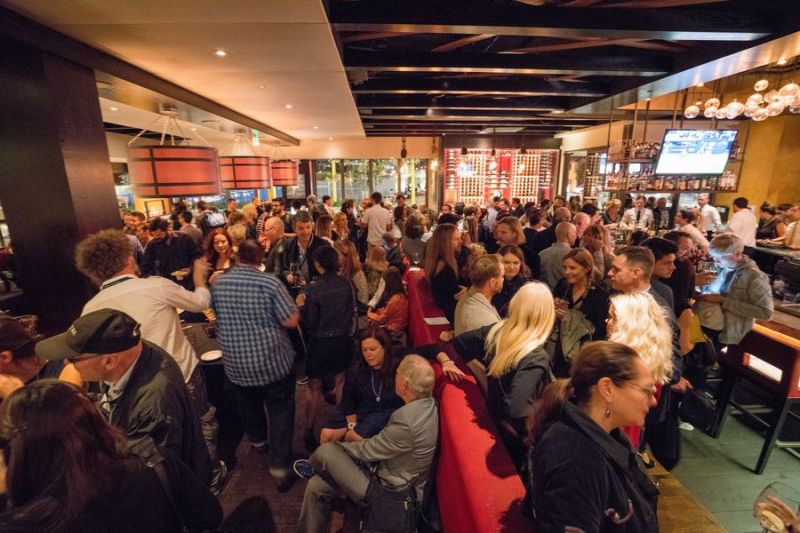 EFP and UniFrance reception at AFM 2016

Starting the American Film Market with a toast! The European Cocktail at the AFM has become a very welcome and busy kick off for the international film industry to renew acquaintances, make first appointments and enter on a convivial note into the hustle and bustle of the most important sales event in North America. For the second time, European Film Promotion and UniFrance are partnering to host this popular networking event on the first day of the Market, with German Films co-hosting. Among the attending guests were Arianna Bocco (IFC Entertainment), Dylan Leiner (Sony Pictures), Berlinale market's Beki Probst and Matthijs Wouter Knol, as well Cannes Marché du Film Maud Amson, next to German sales Picture Tree International's Yuanyuan Sui, Global Screen's Klaus Rasmussen and Alice Buqouy.

With its various activities surrounding the AFM – the European Umbrella, Film Sales Support (FSS) and the LA Screenings of 26 European Foreign Language Film Oscar® submissions –, EFP provides a prominent platform for boosting promotion and sales of European films at the AFM. This year, EFP is backing the marketing of 48 films from 23 European countries via FSS and also running the European Umbrella at the Loews Hotel, Suite # 817 / 819, with 24 companies registered so far.

The European Cocktail is hosted by EFP and UniFrance, with German Films as a co-host. Additional support is provided by Estonian Film Institute, EYE International (The Netherlands), Film Fund Luxembourg, The Finnish Film Foundation, Istituto Luce Cinecittà – Filmitalia, Kosova Cinematography Center and the National Film Centre of Latvia. All of EFP's LA activities are supported by the Creative Europe – MEDIA Programme of the EU and the respective member organisations.