Prominent platforms for deal making at the AFM EFP at the AFM: FSS for a record number of 48 films – 23 companies and institutes under European Umbrella 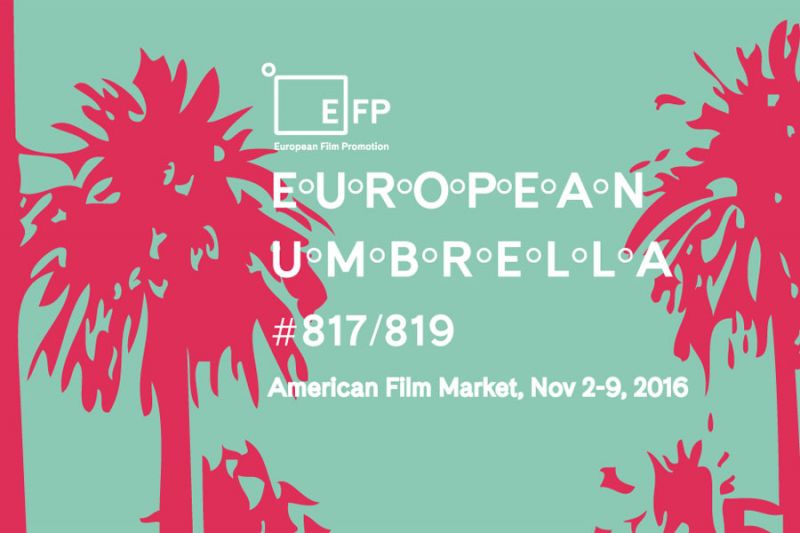 European Film Promotion (EFP) is thrilled to receive increasing demand for support of promotion and marketing of European films at the upcoming American Film Market (November 2 - 9). This is reflected in a record sum of Film Sales Support (FSS) dedicated towards 48 films as well as an increasing number of sales companies registering under the European Umbrella together with producers and EFP member organisations. In combination with the European reception, EFP organizes and provides prominent platforms for deal making at the AFM. EFP's various activities are supported by the Creative Europe – MEDIA Programme of the European Union and the participating EFP member organisations.

Over the last 18 years, the European Umbrella at AFM's headquarter, the Loews Hotel, has attracted an increasing number of sales companies, with big players such as RAI from Italy and Latido Films from Spain joining for the first time. Further first-timers are EFP members, National Film Centre Latvia and the Estonian Film Institute. They are joined by two high profile Umbrella novices: Ivo Felt, who produced the Estonian Oscar submission® Tangerines (2014) and Kristian Taska (former Producer on the Move), whose company realized last year's Estonian Oscar® submission 1944. EFP member EYE International, a regular to the AFM, is accompanied by Dutch sales outfit, Dutch Features Global Entertainment, and Summerside International, another newcomer to the Umbrella.

Since 2009, EFP has been awarding FSS to European sales companies to help with sales to North America. This year, an overall high of 48 films from 16 European countries is benefiting from EFP's marketing incentive totalling over €160,000. This peak is in part due to the recently launched Slate Funding, which covers campaigns for films starting off at the Toronto International Film Festival and moving on to the AFM. The line-up includes two Foreign Language Film Oscar® submissions: The King's Choice by Erik Poppe from Norway and Sieranevada by Cristi Puiu from Romania. Please see full line-up below.

Prior and during the AFM, European Film Promotion is also present with the LA Screenings, that spotlight 26 European Foreign Language Film submissions for the 89th Academy Awards from Oct. 24 to November 6, to which industry members are invited. For further information please click here.

EFP partners for the second time with UniFrance for the European cocktail reception at the beginning of the market, co-hosted by German Films. Additional support is given by Estonian Film Institute, EYE International (The Netherlands), Film Fund Luxembourg, The Finnish Film Foundation, Istituto Luce Cinecittà – Filmitalia, Kosova Cinematography Center and the National Film Centre of Latvia. The event established itself as a very welcome occasion to maintain business relations and improve networking between professionals.

The Hamburg-based office is financially supported by German Federal Government Commissioner for Culture and the Media, the Film Fund Hamburg Schleswig-Holstein and the Ministry of Culture of the City of Hamburg.