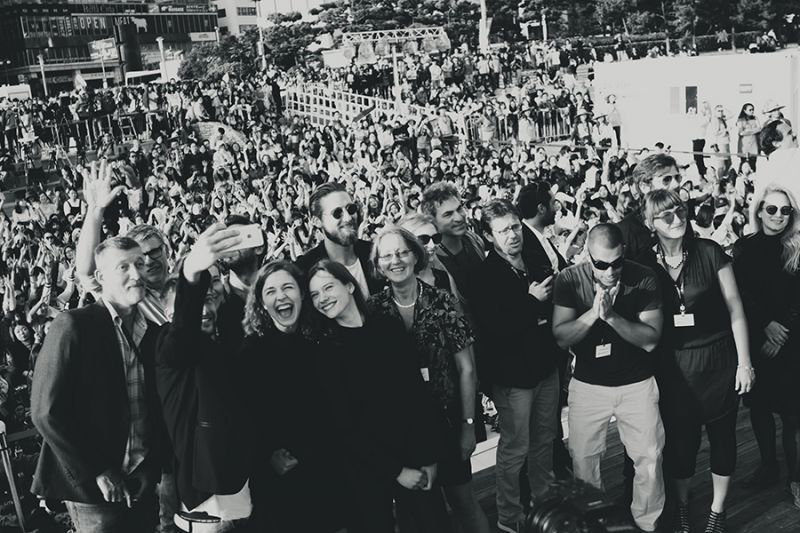 Welcomed onto the Busan festival stage with major applause, a group of European film artists introduced themselves to the enthusiastic South Korean audiences. The public stage presentation is part of European Film Promotion’s (EFP) event calendar, created for a group of European film artists at the Busan International Film Festival, which is running October 1 - 10.  For several days, Europeans and Koreans share their interest in films and immerse in different cultural and artistic experiences.

Besides various presentations, EFP together with the festival, organises film screenings and press interviews and hosts a European Reception. Moreover, EFP offers a European Pavilion for those sales companies which promote European films at the Asian Film Market. EFP’s activities at Busan are backed by the Creative Europe - Media Programme of the European Union and the participating EFP member organisations.

15.01.2015 - As confirmed by Creative Europe - MEDIA Programme of the European Union, European Film Promotion (EFP) and its 36 member organisations is set to …

30.01.2015 - Two of Europe’s ten most exciting young actors will be featured on screen during this year’s Berlinale festival’s programme.Aisté Diržiūtė …

The EUROPEAN SHOOTING STARS enter the spotlight in Berlin!

07.02.2015 - 7 February 2015, Berlin: Having just arrived at the Berlinale from across Europe, this year’s EUROPEAN SHOOTING STARS were welcomed at a reception …