Martin Schweighofer, Executive Director of the AFC - Austrian Films Com, has been elected as European Film Promotion's (EFP) new President. As the Board of Directors confirmed at its meeting during the Cannes Film Festival today, Martin Schweighofer will take over the presidency from Christian Juhl Lemche (Danish Film Institute) who had held this position for the past four years. 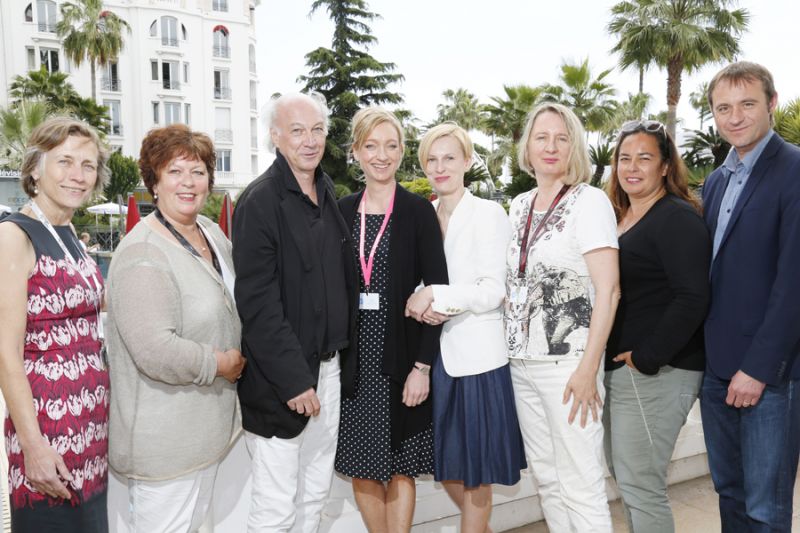 The members of the Board of Directors are:

Martin Schweighofer was a film and theatre critic and arts editor for Austrian periodicals before taking over his current post as Executive Director of the AFC - Austrian Films Com, the official agency for strategic support and promotion of Austrian cinema abroad. He has been on the selection boards of various film subsidy agencies and is a lecturer at Vienna's University of Applied Sciences. He is a founding member of EFP and has been serving on its Board of Directors since 2011.

“I would like to thank the EFP members and the Board of Directors for electing me President of European Film Promotion”, Martin Schweighofer says. “Working with the representatives of 36 countries and our Hamburg based headquarters in the interest of European cinema will be a privilege as much as it will be a challenge to find a right balance between developing new ideas and refreshing long-running signature projects. I believe we all can be proud of what our pan-European network has been able to accomplish throughout the years. But we will not rest to try to make things even better!”

The number of participating countries in the EFP network has meanwhile increased from 10 to 36 countries from all over Europe. Renate Rose has been the managing director since EFP was established in 1997. EFP is financially supported by the Creative Europe - MEDIA Programme of the European Union, its member organisations, and public and private sponsors.

15.01.2015 - As confirmed by Creative Europe - MEDIA Programme of the European Union, European Film Promotion (EFP) and its 36 member organisations is set to …

30.01.2015 - Two of Europe’s ten most exciting young actors will be featured on screen during this year’s Berlinale festival’s programme.Aisté Diržiūtė …

The EUROPEAN SHOOTING STARS enter the spotlight in Berlin!

07.02.2015 - 7 February 2015, Berlin: Having just arrived at the Berlinale from across Europe, this year’s EUROPEAN SHOOTING STARS were welcomed at a reception …