Expanding European Pavilion at the FILMART in Hong Kong 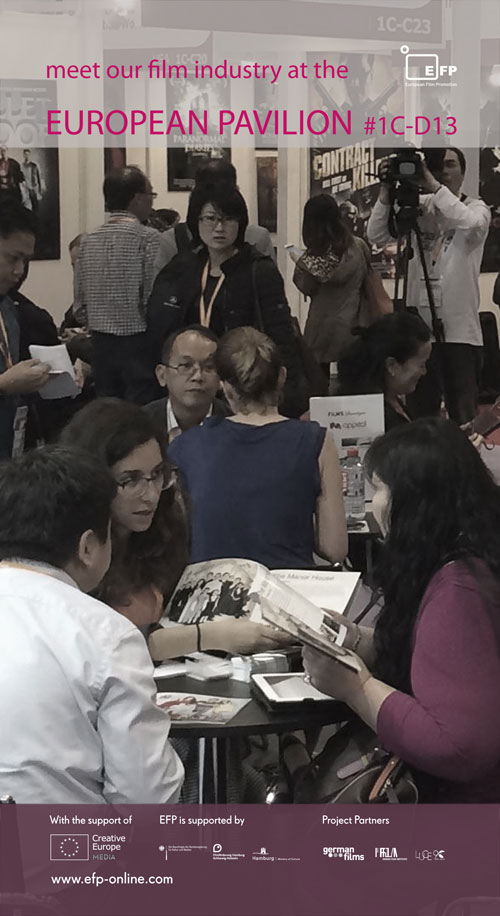 Over a 4-day period, the sales agents are conducting intensive business meetings at EFP’s Pavilion, pre-Cannes, presenting their line-ups and intensifying relationships with buyers from Hong Kong and the whole of Asia. In the vicinity of Europe’s umbrella booth where local buyers will find companies from Belgium, Denmark, Germany, Italy, Norway, Spain, Sweden/Finland and the UK, UniFrance films complements Europe’s visibility at the FILMART with its national stand for French companies and films.

I have attended FILMART for eight years in a row now and it surely has become a very important market for us during the year”, Nicolai Korsgaard, Sales Manager at TrustNordisk from Denmark points out. ”At FILMART I have the chance to meet up with a lot of Asian clients and also to follow up with those that I met with at the EFM. We have some big genre titles coming up, and these work really well for us in Asian territories.”

EFP has successfully been running the Pavilion since 2011 catering for the demand of those companies which come back regularly but also for newcomers. This year, EFP welcomes six new companies at the stand.

Most of the registered sales agents will be receiving EFP’s Film Sales Support (FSS) for marketing and promotional campaigns of their European films in Hong Kong. FSS beneficiaries will be published mid-March. The greatest number of requests for support at the FILMART have been received by EFP.

The European Pavilion at the FILMART is financially backed by the Creative Europe - MEDIA Programme of the European Union, by EFP member organisations, German Films, the Danish Film Institute and Istituto Luce Cinecittà as well as by the participating sales agents.

Please see below the line-up of sales companies and two EFP member organisations at the European Pavilion in Hong Kong: