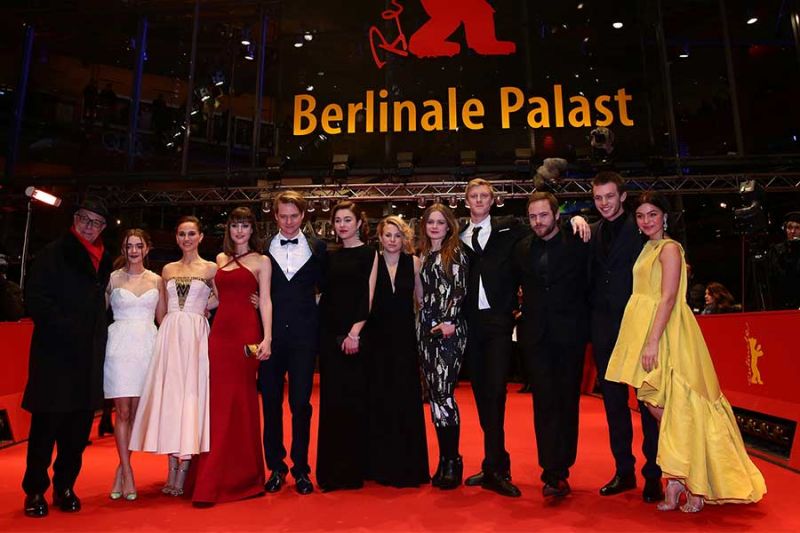 Berlin, Monday 9th February 2015: European Film Promotion (EFP) and its supporters were thrilled to lead their EUROPEAN SHOOTING STARS 2015 into the spotlight this evening, as all ten actors walked the red carpet at the prestigious Berlinale Palast.

This red carpet moment, in the presence of festival director Dieter Kosslick and Monika Grütters, German State Minister for Culture and the Media, was followed by an Awards ceremony, hosted by the star of this year’s Competition entry Knight of Cups, Natalie Portman. The internationally acclaimed actress presented all ten up-and-coming performers with an individual SHOOTING STARS award, warmly offering her congratulations on their achievements - and future endeavours - in the European film industry.

SHOOTING STAR of 2015 Maisie Williams from the United Kingdom commented “I’m so thrilled and honoured to be a part of this year’s SHOOTING STARS during the Berlinale! It’s wonderful to have this shared experience with these tremendously talented artists from all over Europe. Tonight’s ceremony brings to an end this amazing event.”

The annual Berlin SHOOTING STARS showcase, which culminated in tonight’s Awards Ceremony, allows these young actors to forge important relationships with industry professionals as well as the world’s media, through press junkets, workshops and meetings, as they embark on their journey towards international success.

EUROPEAN SHOOTING STARS is financially supported by the Creative Europe - MEDIA Programme of the European Union and participating EFP member organisations. Furthermore the project is supported by its cooperation partners.