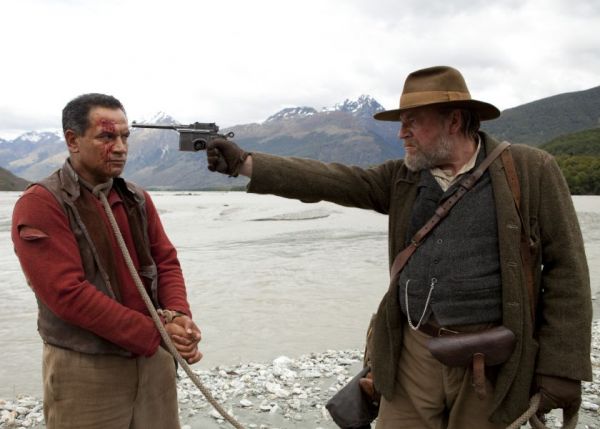 Set in 1903, TRACKER is a tense chase thriller in which Arjan (Ray Winstone), a guerrilla survivor of the South African Boer War, lands in colonial New Zealand and is promised a bounty to capture Kereama (Temuera Morrison), a Maori seafarer accused of killing a British soldier. What should be a simple job for Arjan, a master tracker, turns into a gripping and dangerous game of cat and mouse as Kereama repeatedly escapes and is recaptured, all the while insisting on his innocence. As each gains and loses the upper hand, they gradually get to know and respect each other. In an emotional and high-risk showdown, their tenuous bond is tested in the face of a British posse led by Major Carlyle (Gareth Reeves).