BASED ON A TRUE STORY.
Berlin, 1940. Ferdinand Marian is an actor, one of the best of his generation. Marian is married to a beautiful Jewish woman whom he deeply loves. One day, he's offered the starring role in the new Nazi Film Department's anti-Semitic production, an adaptation of the novel Jew Suess. The part would make him a star. Marian turns it down but finally gives in to Propaganda Minister Joseph Goebbels' unrelenting pressure and even worse, his charm. The actor unwittingly plays into the Nazis' plans and his attempt to give the film's Jewish protagonist a human touch makes the film the most successful propaganda film ever made...
A heart-wrenching story about the seductiveness - and price - of evil.
© Novotny Film / Tom Trambow 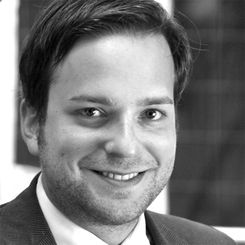