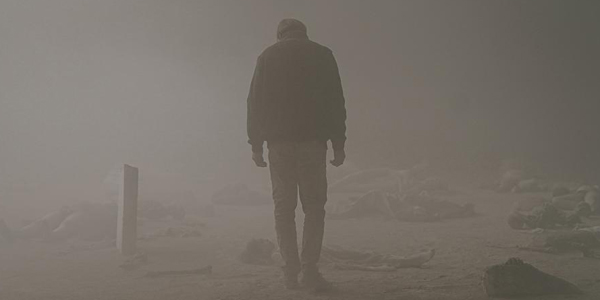 Nathan wakes at the scene of a car crash, confused and seemingly unscathed. He doesn’t quite remember how he got there… First a shock and then the void. But he is not alone on this deserted road. Daniel was also involved in this accident. His motorcycle crushed under the car is the proof. The two men are going to understand little by little the implacable reality that is taking shape... The unbearable is soon realised. They did not make it. They are dead. At first in denial, Nathan must face his responsibilities and be judged upon his previous acts, however reprehensible they might have been. He has to confront his past in order to face his destiny… The verdict comes without appeal. Nathan will have to leave this earthly world and enter the depths of hell that awaits him for eternity. Nathan’s tormented soul meets the demonic guide to void, Norgül. Nathan will have no choice but to face the tormented souls that inhabit Hell and experience their pain too.He first meets Jeanne, a psychotic little girl, whose parents are concerned that she is prone to violence. After Jeanne turns on them, with the help of her secret prisoner, the deformed Tony, her darkest secrets are revealed. Nathan then witnesses a mother, Julia, spiraling out of control after her daughter’s suicide. Retracing a mother’s neglect of her bullied daughter leads to tragic consequences… Ultimately, Nathan is overwhelmed by his new condition. He feels the pain of these inert bodies that litter the arid soil as far as the eye can see. Each of these beings carries his own drama and broken destiny within him and will be judged in the heart of the Pandemonium. But this is only the beginning, Nathan soon learns his sentence is a nightmare that will never end…