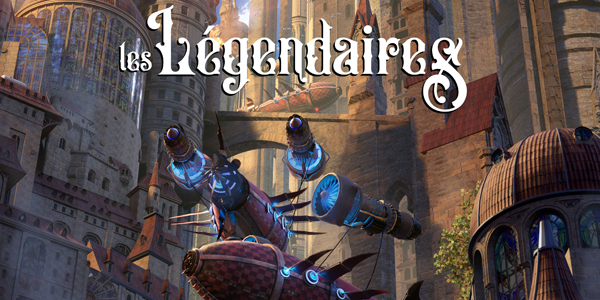 They are brave, dauntless and invincible. They are the greatest warriors of their day. But unfortunately, they are 10 years old… again. While combatting the evil sorcerer Darkhell, the Legendaries, the official heroes of Alysia, accidentally broke the Stone of Jovenia which bestowed eternal youth. Thus the inhabitants of the Kingdom of Alysia – our champions included – were trapped inside their child bodies forever. Humanity was frozen, doomed to a sure end. A curse! Blamed and discredited, the five formerly worshiped warriors were separated and forced into hiding. Against all expectations, the return of their worst enemy, Darkhell, will seal their friendship again. For the sorcerer has a terrible plan to enslave the world: capture the Gamera Tree and exploit its inexhaustible source of magic to create a new population… more in his image.