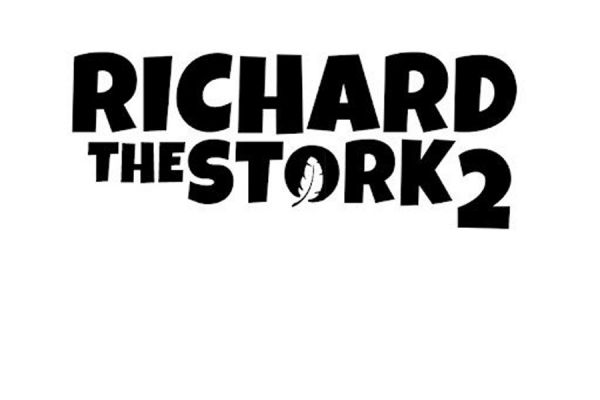 Richard, the daring sparrow who was adopted by a stork family, and his friends Kiki, the disco singing parakeet, and Olga, an oversized pygmy owl with an imaginary friend, are all enjoying their wintering at the Great Lake in Northern Africa. But when Richard's stork brother Max tells him he can't lead the flock back north because he's not a real stork, Richard is devastated and runs away with his friends to join his own kind: sparrows. They wind up in Ghardaia, an ancient Arabian oasis town where they run into a gang of thieving sparrows led by Samia, a feisty and hard-edged young female sparrow. The local birds are terrorized by hungry marabous who are controlled by the vainglorious, greedy peacock Zamano. He hypnotizes Olga into turning into her imaginary friend Oleg and threatens to kill her unless Richard brings Zamano the lost and legendary Great Jewel. While Max and his younger sister Iris desperately search the Great Lake and consult whacky online pigeons, Richard and his friends go on an adventurous treasure hunt through Ghardaia. They encounter a wise raven with a strange poem to tell, have an uproarious encounter with a belly dancer, and discover the secret of the sparrows' roots, while Richard and Samia unexpectedly fall in love. When Max and Iris finally track Richard down, Zamano hypnotizes Max and turns him against Richard. In a dramatic fight between the brothers, Richard manages to release Max, Olga and the marabous from Zamano's grip and free the sparrows. By the end, Richard finally uncovers the mystery of the Great Jewel and learns to accept both his stork and sparrow sides.