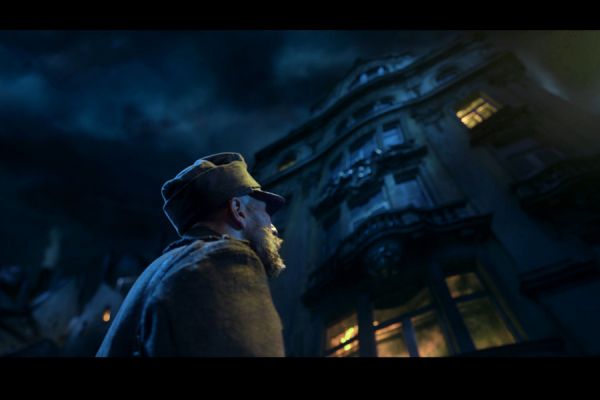 Vienna, 1920. The Austro-Hungarian Empire has collapsed. Peter Perg returns home from the Great War, after seven years as a Russian POW. Vienna is experiencing the multiplicity of political, social and artistic freedom, but also the rise of anti-democratic movements, insecurity and unemployment. Peter, a former police inspector, feels like a stranger in the new Austrian Republic. While wanting to leave town, Peter is confronted with the murder of one of his former comrades. He decides to stay and instead bring the killer to justice. His ally is Dr. Theresa Körner, a determined and cool-headed forensic doctor. The two are linked not only by this case, but also by a deeper, shared history. As their investigation progresses, they realise that they are not just up against a systematic killer, who tortures his victims, but also face disapproval and intrigue from within the police force. Though determined to solve the crime, Peter, harbouring his own secrets, increasingly becomes tormented by existential questions: What is truth? What is heroism in the time of war? And all the while he fails to see the mounting danger before him.