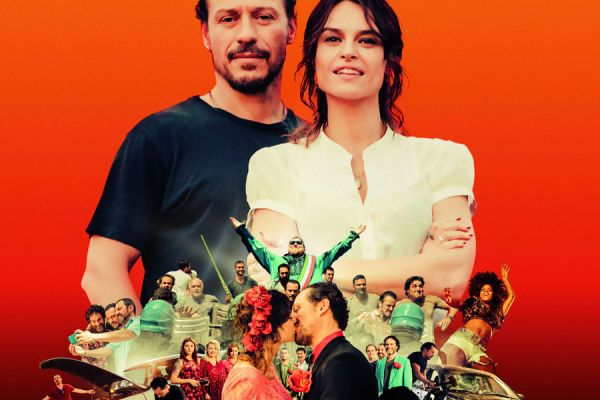 Password for the trailer: MadeinItaly1 Synopsis: Made in Italy is a declaration of the love-hate relationship with the Country told through the eyes of RIKO, a common man. It's Ligabue's alter ego; the man he could have been if he hadn't been swept away by music. Riko works in a cured meats factory, like his father, surrounded by more pigs than people. The real, everyday love he shares with Sarah, is in predicament. While Riko's unhappy with his job, he's lucky to be working at all, unlike several of his colleagues fired at the age of fifty. Not even going out with friends, including Carnevale, is enough to soothe the professional and existential crisis. To shake things up, he decides to drive to Rome with his friends. Together they take part in a protest during which Riko receives a blow to the head. The hit brings a change including making amends with his wife and confronting the problems at work. Riko and Sara decide to remarry though this emotional new beginning is abruptly interrupted by Sara's confession. She cheated on him with Carnevale, his best friend, who then commits suicide. Riko is then fired and the loss of his friend and job sends him spiraling into a depression that leads him to consider suicide. It's thanks to his son, Pietro, that he begins to regain strength and find a way to start again.