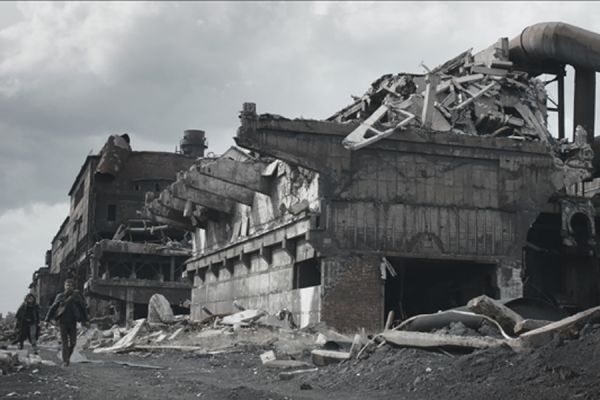 In the near future Kurt (SM) and Eve(AU) were born over the Great Wall of the United States of Europe, in the abandoned lands after the global economic crisis laid waste to them. Eve is pregnant ,and in order to provide a future for their child ,they decide to enter Europe illegally. They face a long and desperate journey through the dry lands ending in a claustrophobic tunnel secretly dug under the Great Barrier. They get through only only to be captured by the waiting Immigration police.They are confined to a Temporary Detention Centre where they are traumatically forced to separate. In the United States of Europe an ''Index of Sustainability'' is imposed on every citizen, calculated on their potential productivity and well being. Practically, it divides them in classes, deciding who can survive and who will die. According to the Index system,Kurt is "potentially sustainable",with a chance to achieve the ''Index Zero'' which will confirm him as a European citizen. Eve however,is considered unsustainable,and awaits deportation beyond the borders. In the new Europe natural pregnancy is outlawed and artificial wombs are used to give women 9 months extra productivity. Incarcerated and seemingly powerless,Kurt decides not to bow to events. He will not give up on her.