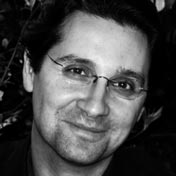 Background:Thanos Anastopoulos was born in Athens, Greece, in 1965. He first studied philosophy at the Ioannina University, followed by post graduate studies in philosophy of the arts, aesthetics and cinema in Paris.He worked as an AD on the films THE BEEKEPER and LANDSCAPE IN THE MIST by Theo Angelopoulos.In 1996 he founded Fantasia Audiovisual Ltd, in collaboration with Stella Theodorakis, George Papakonstantinou and Takis Kyriakoulakos. Fantasia is a dynamic company of audiovisual productions open to cultural research and exploration of new techniques. It has resulted from the union of three independent personal companies which have produced various short films, video art films, documentary series and full-length documentaries in 16mm and 35mm, which have been presented at national (Thessaloniki, Drama) and international film festivals (Oberhausen, Montpellier, Angers, Graz, Geneva, New York, Amasculura, etc.) and often won awards.In 2001 Fantasia was selected for the Slate Funding Scheme, a MEDIA II Programme of the European Commission, to support its future productions.Fantasia also provides production and post-production facilities for feature and documentary films in both film and video formats. 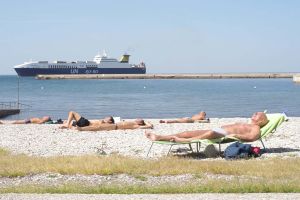 Atlas (All the Weight of the World)
Directed by Thanos Anastopoulos
Co-Producer:
2003
completed